Tween Social Media and Gaming in 2020 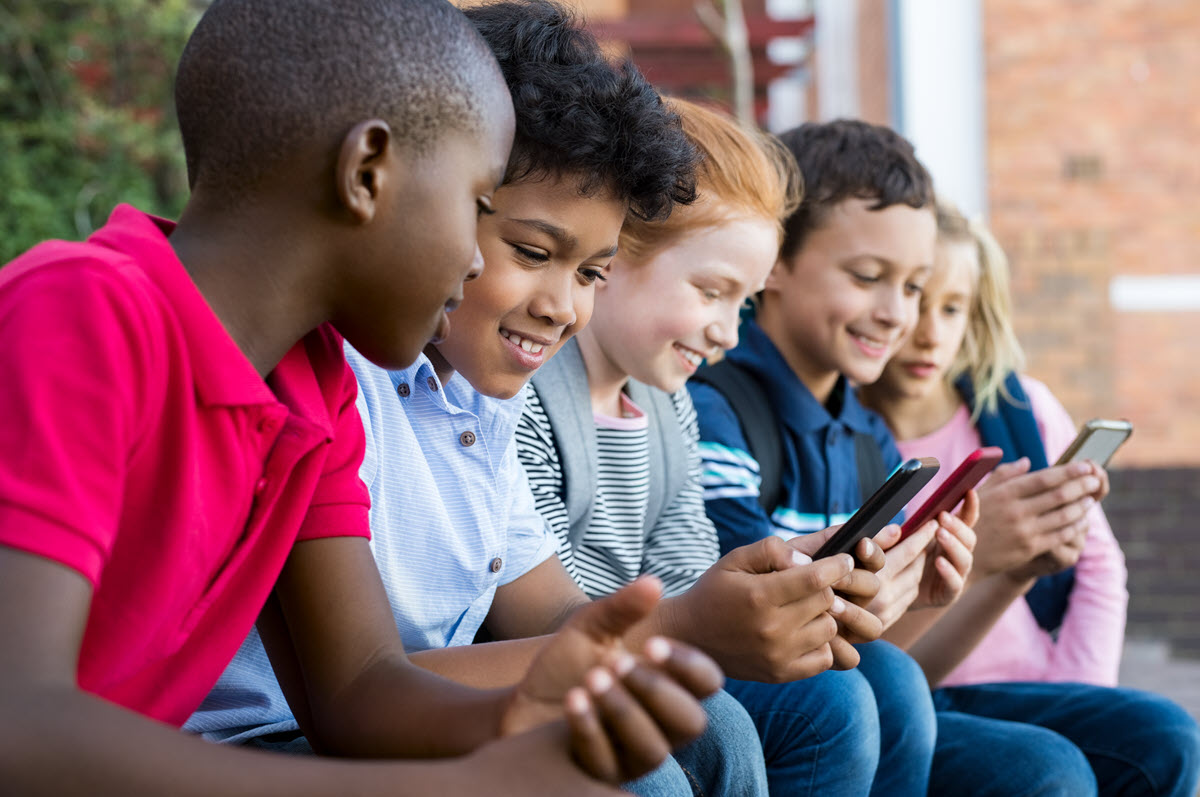 This month we have been highlighting results from our recent national survey of tweens, conducted with our friends at Cartoon Network. In this post, I want to focus on what we learned about the devices tweens have and the apps and games they use. Technology access and use by children is of interest to many, with a heavily-contested debate surrounding screen time and concerns about online victimization (including cyberbullying, online predators, impersonation, password breaches, doxing, and more). While we didn’t ask tweens how much time they are spending online, we did ask about the devices they personally have and the apps and games they have used and played in the last year. Results were consistent with our expectations: tweens are actively engaged in a variety of online environments.

We know that nearly all teenagers have their own electronic devices, but it is clear that many tweens do as well. Over 42% of 9 to 12-year-olds in our 2020 study had their own smartphone, 54% had their own tablet, and 31% had their own laptop. Only 13% of tweens said they did not have any of the devices we asked about. Parents are purchasing these devices for their children to help meet their academic, social, relational, and entertainment needs, and we expect access and use to continue to grow among this population.

In our full report, we break down device ownership by gender, age, and race. I won’t go into all of those details in this brief post, but as a parent of a tween who does not yet have his own smartphone, I was especially interested in the finding that the tween years seem to be the time when most children acquire one. Specifically, only about 20% of 9-year-olds had their own smartphone, compared to over two-thirds (67.6%) of 12-year-olds. With access to a smartphone, comes access to the Internet and a legion of apps and games. Next I’ll discuss what we learned about where they are going online.

Only about 20% of 9-year-olds had their own smartphone, compared to over two-thirds of 12-year-olds.

For the purposes of our study, “social media” is used in a broad sense to represent the apps and websites that allow users to post content and/or interact with others online. Social media is an imperfect term because the functionality to share and interact varies across each environment, and each tends to be optimized for different purposes. For instance, some social media apps focus on the sharing of pictures and videos, while others help to build communities around content creators and live-streamers. When assessing the online activities of tweens, we also included a few gaming apps that allow for player interaction (Minecraft, Roblox, and Fortnite).

The runaway favorite online space for tween in our study was YouTube, with more than two-thirds (66.9%) saying they have been on that site within the last year. It is worth noting that the standalone kid-friendly version (YouTube Kids) was used by just 26% of tweens, but admittedly is designed for children 8 and under. “Sandbox games” Minecraft and Roblox (where the object is to build your own creations, adventures, and worlds with simple cubic elements) came in as a close second and third in popularity (47.9% and 46.7% respectively). TikTok (29.8%), Snapchat (15.9%), Instagram (15.3%), and Facebook Messenger Kids (15.3%) were also used by tweens. Some apps which have gained prominence in the last few years due to their livestreaming functionality and community building approach are beginning to catch on among tweens (Discord: 8.1%; Twitch: 4.8%). Overall, 94% of students said they used at least one of the apps listed (92% have used one or more of the most popular social media, streaming, and gaming apps – excluding Google Classroom). If we also exclude Facebook Messenger Kids and YouTube Kids, 89% of tweens have used one or more of the remaining social apps listed.

92% of tweens have used one or more of the most popular social media apps or games.

If you want to learn more about app and game popularity by gender, age, and race, check out the full report. The tween years certainly are a time of increased exploration of various online environments.

While the widespread use of various apps and games likely does not come as much of a surprise to parents, it must be remembered that tween participation in most of these environments technically violates the Terms of Service of the platforms they’re on. When it comes to the most popular social media apps in the world, each requires users to be 13 years of age or older (or require a parent to set up the account). We know, however, that kids often lie about their age when signing up, or sign up (or login) with a family member’s (or friend’s) assistance or credentials. These industry-wide age restrictions are a result of the Children’s Online Privacy Protection Act (COPPA), which “prohibits unfair or deceptive acts or practices in connection with the collection, use, and/or disclosure of personal information from and about children on the Internet.” Since nearly all apps collect at least some information about their users, restrictions within the Act apply. Certain “kid-friendly” apps such as Facebook Messenger Kids and YouTube Kids require parental permission to participate, which is allowable under COPPA, but these apps are generally less popular than their full-function counterparts.

The bottom line is that parents have an obligation to keep up with what their children are doing online – especially in spaces not intended for younger audiences. Have frequent conversations with your kids about where they are going, what they are posting, and who they are interacting with. You might want to consider utilizing a Technology Use Contract to ensure everyone in the family understands their responsibilities when it comes to technology. Parents who don’t fully understand the capability of certain apps their children are using should learn more about them by searching online for more information and by simply asking their kids in a nonjudgmental, noncritical manner. Intentional conversations on a regular basis can go a long way toward educating yourself, encouraging your children to be safe and responsible online, and building the relationship you both will need to navigate this complex stage of their lives.

We would like to thank Victoria J. Rideout and the Cartoon Network Stop Bullying: Speak Up team for their contributions to this project.