Winning at Whack-A-Mole: What Old School Games Can Teach Us About New Digital Challenges 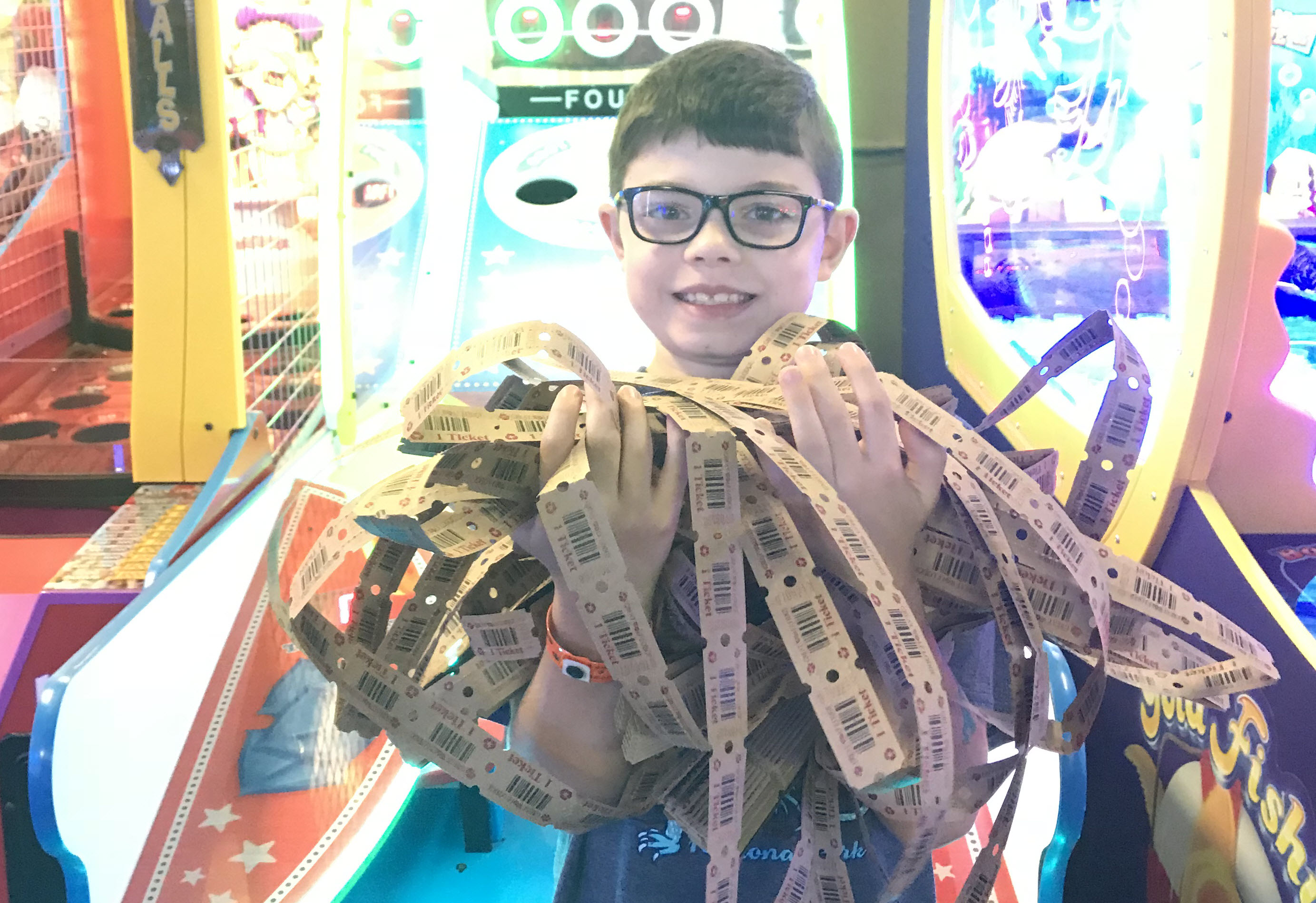 Last week I led a full-day workshop for folks affiliated with the Wisconsin Association of Family and Children’s Agencies. I have worked with this organization before and find them to be a caring and curious bunch. It was a good day!

The event was held in Wisconsin Dells, Wisconsin. If you don’t know anything about “The Dells” (as the region is referred to around here), it is unofficially (or maybe even officially) the “Waterpark Capital of the World.” Given the mid-August heat, I thought this would be a good opportunity to bring the family along for a mini holiday. They could enjoy the waterpark while I worked. And what’s better after a long day cooped up in a hotel ballroom than swimming and splashing in the sunshine!

The particular park where we stayed had an arcade attached, and my son and I spent some time in there. We focused on the skill games in order to accumulate tickets which could be exchanged for prizes. We did pretty well and had a good time. One game caught my attention: it was the classic “Whack-A-Mole.” Some of you might remember this game from your childhood – perhaps from Chuck E. Cheese or a county carnival. The idea is to use a soft-headed mallet to hit creatures that pop up at you though different holes. They pop up randomly and quickly, and just when you think you have one, it disappears and another pops up a few inches away. You find yourself chasing the creatures, usually a half-second behind. It is a frustratingly fun game.

The Whack-A-Mole game has been used for years as a metaphor to describe the challenges of keeping up with the latest social media apps and games. You focus on one potentially problematic program only to find out that youth are already using something different. One of the most simultaneously attractive and frustrating aspects of our work is the fact that the landscape is constantly changing. There is always something new to learn about.

My sister, brother-in-law, and their two kids joined us at the waterpark. While sitting in the hotel room the night before my event, my sister showed me her Facebook feed from her phone which included a shared post from the Sarasota County (Florida) Sheriff’s Office warning about “Fifteen Apps Parents Should Know About.” I told her this was old news and that I had seen and written about this last summer. Upon closer inspection, however, I noticed that this was a new post – recently updated with some new apps.

I don’t blame the sheriff’s office for working to educate parents about particular applications (in fact, I applaud it). The problem is they are focusing only on certain apps and only on certain aspects that may create problems. And there is no mention at all about the positive uses of these apps and in technology in general. It’s like discussing the high number of car accidents without also acknowledging the positive (and necessary) uses of automobiles. To be fair, law enforcement typically deals with the worst of the worst when it comes to technology, automobiles, and just about everything else, so it is not surprising that they are narrowly focused on just the risks.

And, as is the nature with many infographics shared online, the information is incomplete. Take their description of Snapchat, for example: “The app promises users can take a photo/video and it will disappear…Snapchat allows users to see your location.” I’m not aware of any “promises” that the app makes about photos disappearing. Nowhere in the App store does it even mention the word “disappear.” On the contrary, Snapchat does explicitly state: “Please note: Friends, family, and other Snapchatters can always capture or save your messages by taking a screenshot, using a camera, or otherwise. Be mindful of what you Snap!” Moreover, I can almost guarantee if you ask a teen “do snaps completely disappear?” they will say no (Try it! Ask one!). And while users can enable location sharing, other users cannot see your location unless you have enabled this (and even then, only those with whom you have connected will see your location, not everyone).

Can these apps be used by predators, cyberbullies, or stalkers? Of course. But there is nothing inherently risky among the apps highlighted in this list that warrant their special focus.

A more prudent approach would be to spend less time focusing on particular apps and more time educating about broader safety principles that apply to any online application. Here are a few to keep in mind:

• There are mean people online (including a few predators and lots of trolls); act and share accordingly
• Resist sharing personal or private information
• Don’t retaliate when someone is mistreating you (don’t feed the trolls!)
• Don’t post, send, or share anything you wouldn’t want everyone to see
• Nothing is anonymous
• You leave a digital footprint whenever you use any device and share any content (a text, a picture, a video, a tweet)
• Everything can be copied and saved, and most everything is archived elsewhere on the Web or various computers and devices
• Copy and save evidence of harm
• If you are concerned, confused, or upset, talk to an adult you trust
• Be kind to others

These apply universally across the ever-changing social media and gaming landscape. Sheriff Tom Knight admits to the struggle: “I have no control over social media. They keep adding to it. It makes it harder and harder for us to keep up with it.” By promoting broad safety principles, the sheriff’s office won’t need to put out a new list of apps this time next year.

When it came to the Whack-A-Mole game at the arcade last week, my son and I were pretty successful. We figured out a strategy that worked well for us. He would keep an eye out for the moles, and I would quickly pound them. In other words, we worked together. This strategy just might also prove equally as effective with the virtual moles that will inevitably keep popping up.