Millions of Students Skip School Each Year Because of Bullying

Over five years ago I saw a statistic that jumped out at me: “160,000 students stay home from school every day because of bullying.” This is a compelling and frankly unacceptable number. I thought about including it in a book that Sameer and I were working on at the time. As I started to dig into its origin, I quickly learned that it was frequently reported but rarely attributed to any specific study. I came to see the stat as a ubiquitous headline in many anti-bullying blog posts, articles, and books, and yet very few authors cited their source (my students know this is a particular peeve of mine). Most commonly, the statistic was credited vaguely to the Centers for Disease Control and Prevention (CDC) or the National Association of School Psychologists. I never did find its original source (and therefore didn’t include it in the book), but instead wrote my own blog post pleading with writers to ensure the validity of—and cite—their sources.

The closest I came to finding existing national data to attempt to answer this question was the CDC’s Youth Risk Behavior Surveillance System survey. In 2015, it found that 5.6% of high school students said they did not go to school because they “felt unsafe at school or on the way to school” on at least 1 day during the 30 days before the survey. Converted to raw numbers, this means that about 840,000 high schoolers skipped school at least once in a month because of safety concerns. But this figure doesn’t distinguish between different reasons for feeling unsafe (and only includes 9th-12th graders).

I don’t doubt that many students skip school every day because of bullying (I did when I was in middle school), but the precise number remains elusive. In an effort to shed some more light on this issue, we included some questions in our most recent survey of approximately 5,700 middle and high school students from across the United States. Specifically, we asked youth to tell us if they had stayed home from school at any time during the last school year because they were being (1) bullied at school or (2) bullied online.

While we can’t accurately estimate exactly how many students stay home on any given day, we do know the number of students who have stayed home because of bullying over the course of a school year. According to ChildStats.gov, there were 25 million 12-17 year olds in the United States in 2015. Based on our survey, 18.5% of those (or about 4,750,000 students) have skipped school at some point in the last year because of bullying at school. Approximately 2%, or over 500,000 students, said they stayed home “many times” due to bullying. 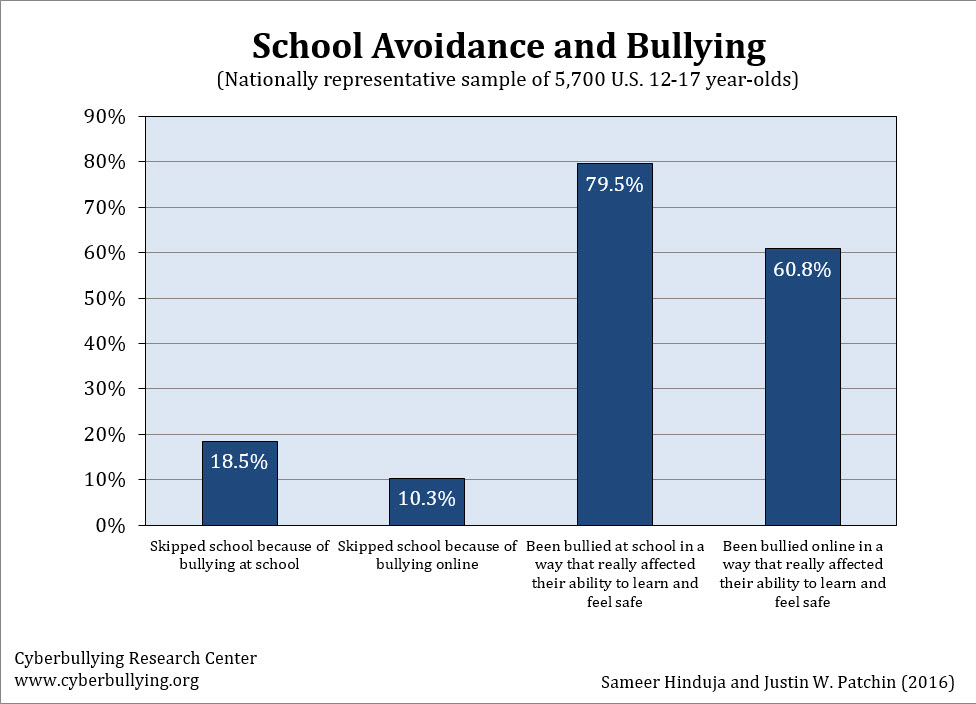 In addition, 10% of the students we surveyed (2,750,000 students in the U.S.) said they stayed home from school because of bullying online (1.2%, or 300,000, “many times”). Taking into consideration that many students who are bullied online are also bullied at school, we can conservatively estimate that approximately 5.4 million students skip school at some point in the year due to bullying (over 530,000 skip many times). 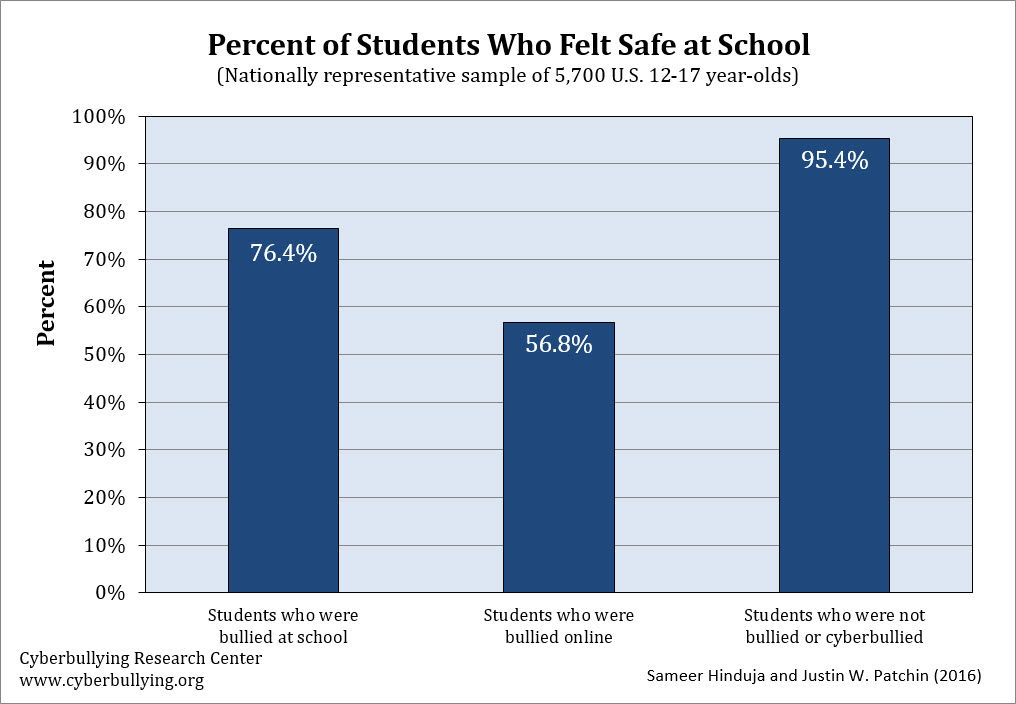 Taken as a whole, these findings demonstrate the toll that bullying (both at school and online) can have on the academic success of students. We can’t expect students to do well in school if they aren’t attending regularly. While we still can’t tell you exactly how many students skip school on a given day because of bullying (or miss for some other reason), we know that many do. And many others attend school, but with a focus more on staying safe than learning. This knowledge alone should be enough to prioritize bullying prevention and school safety initiatives in 2017 and beyond.

We want to thank the Digital Trust Foundation for funding this study. Image from Flickr (loozrboy)