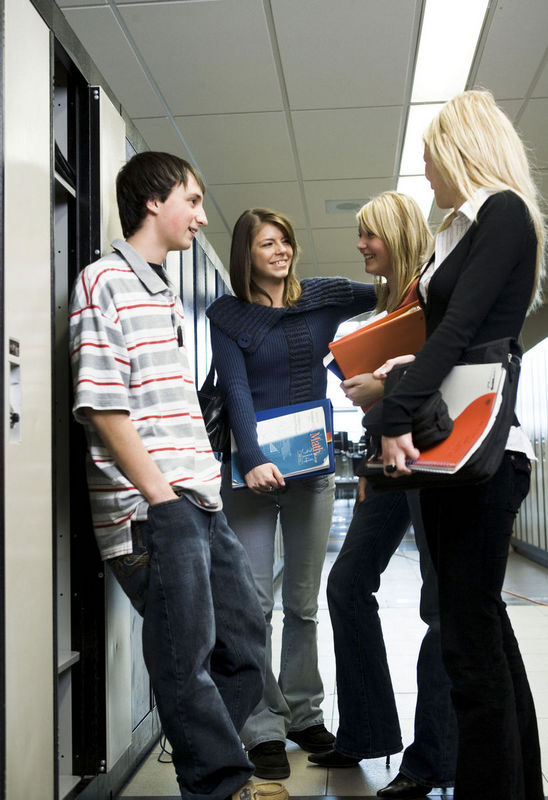 Researchers at the Crimes Against Children Research Center at the University of New Hampshire (UNH) just published a paper in the journal Psychology of Violence that explores the question of whether technology “amplifies” the harm for youth who are harassed. Anecdotally, we have heard this to be the case from many youth over the years: that the bullying they experienced online was as bad, and in some cases much worse, than the bullying that they experienced at school. Adolescent targets, for example, often reported feeling less equipped to stop cyberbullying. They confronted more barriers when confiding in adults about these behaviors. Educators have policies and are trained to deal with the bullying that occurs on school grounds, but up until very recently this wasn’t the case for online bullying that occurred away from school. Moreover, sometimes the aggressors are anonymous, and the hurtful content is posted in a public place for all to see. So in many ways it seems that online bullying has the potential to be much worse for some who experience it.

But one particular finding in the UNH paper has called this conventional wisdom into question. Specifically, students who experienced cyberbullying by itself (with no accompanying in-person bullying) were less emotionally impacted than those who experienced face-to-face bullying. The media has interpreted this as “cyberbullying is not as bad as in-person bullying.” This is part of the story, but not the whole story.

Kimberly Mitchell and her colleagues took a somewhat different approach to studying youth harassment. Instead of simply asking students to report whether they had been bullied (online or off), and how many times they experienced various forms of bullying during the previous year, they drilled down on particular incidents and detailed questions about the bullying they experienced in a singular incident. This is different from most other research in that the unit of analysis in this study is the incident, not the student. They interviewed 791 students, and 230 of them (29%) had been bullied at least once in the previous year. If students had been bullied more than once, researchers asked about the most recent and the most serious incident (only focusing on a maximum of two unique incidents). This led to 311 independent incidents of bullying (about a third of the students were bullied more than once). Of those incidents, 44% involved in-person bullying, 19% involved cyberbullying, and 38% involved both.

This last group, those who were bullied both online and off—in the same incident—were the most distressed by their experience: “Mixed incidents had the most emotional impact, possibly because they occurred across multiple environments and because perpetrators tended to be more socially connected to victims.” Indeed, if we review many of the high profile incidents where teens took their own lives after experiencing cyberbullying, we see that in addition to the online bullying, the teens also struggled with other family and social problems, including being bullied at school.

In our research, we find that youth who are bullied online are also very often bullied at school. For example, in a recent survey we found that 12.4% of students had been cyberbullied within the previous 30 days. Over 80% of those were also bullied at school during that same time period. So it is very likely that students who are being bullied online are also being bullied at school. The UNH study doesn’t necessarily account for these kinds of crossover experiences, if they are viewed by the student as separate incidents.

Also of note, even though most researchers define bullying in a way that requires repetition and a power differential, 12% of the students who said they were harassed in the UNH study reported that there was no power differential and only 41% said it happened repeatedly. This of course calls into question our definitions of bullying (see also, this paper). Sameer and I have a paper forthcoming in the journal Aggression and Violent Behavior that discusses these issues in much more detail. Mitchell and her colleagues have always used the term “peer harassment” instead of bullying because they recognize the important differences between the two types of behaviors. So, to be precise, this isn’t a study of bullying, but of the broader experiences of peer harassment (some of the differences between harassment and bullying are discussed here).

Finally, the UNH study also reaffirmed that more students experience peer harassment at school than online (see my earlier post about this).

So, does technology amplify harm for youth? Even though most reports based on this article conclude that the answer to this question is “no,” that clearly does not follow from the results. For just about every emotional outcome explored (upset, embarrassed, worried, angry, sad, unsafe, lack of trust), the percent of students who reported experiencing each outcome increased when technology was a factor in the bullying. For example, among the 136 incidents where students were only bullied in-person, 13% resulted in embarrassment. For the 117 incidents where students were bullied in-person and online, 30% were embarrassed. Similarly, 22% of the in-person incidents left students worried, while 34% of the mixed incidents left students worried. Also, 15% of students who experienced an in-person only incident felt like they couldn’t trust people, compared to 42% of the students who experienced bullying in-person and online. Finally, the average total “emotional impact score” was 19.1 for in-person only incidents, compared to 23.1 for mixed incidents. So it sure seems like technology amplifies some of the emotional harm.

Focusing only on the singular finding that those who were “just” cyberbullied felt less harmed than those bullied only in-person misses a lot of important insights we can learn from this study. I don’t believe that the take-away message is that cyberbullying is not as bad as in-person bullying (even though that seems to be the focus in the media). It is just as accurate to conclude that “Technology Increases the Emotional Harms Associated with Bullying.” But I haven’t yet seen that headline.

As always, more research is necessary.