Distinguishing Bullying from Other Hurtful Behaviors 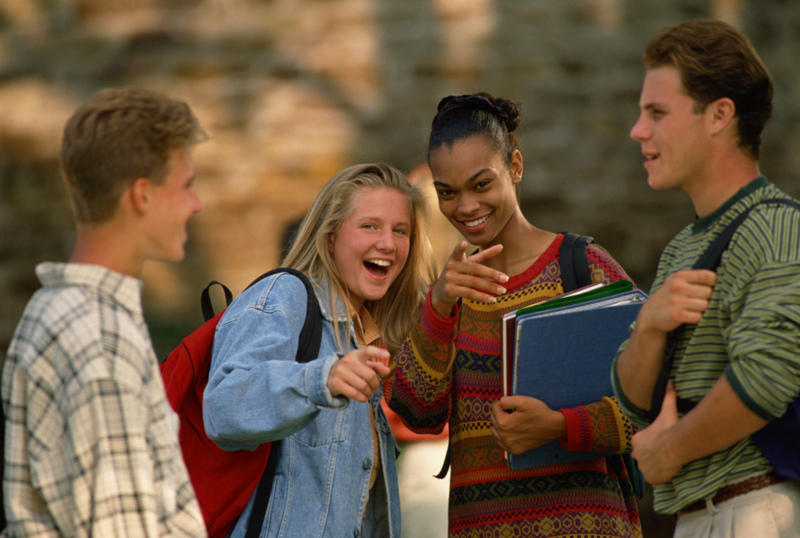 In my last post on this blog I wrote about the difficulty in determining when mean behavior crosses the line and becomes bullying behavior. I also discussed the challenge for researchers in trying to quantify the difference. In this post, I’d like to talk about why it is important to establish such a line.

As academics, we love to debate how best to define bullying. Or, at least to call out the limitations in the ways that others do it. I’ve never been one to get too caught up in the definitional debate because I feel that whether a behavior meets someone’s artificially-created criteria for being bullying or not really doesn’t matter all that much. Admittedly, as a researcher I am frustrated by the myriad ways bullying (and especially cyberbullying) is defined, primarily because these discrepancies make comparisons across different studies difficult. But just because something satisfies one scholar’s standards for being classified as bullying is beside the point. We should focus instead on addressing the behavior for what it is. If one student called another student a mean name, or posted an embarrassing picture of another online, or pushed someone in the hallway, it should be addressed. Maybe these incidents are bullying, maybe not. Either way, they need to be dealt with immediately and appropriately.

I’ve begun to shift my thinking a bit when it comes to deliberations about the definition of bullying. Don’t get me wrong, I still believe that educators, parents, and other adults who work with youth need to deal with all forms of interpersonal harm when confronted with it. But for a number of reasons, we do need to draw a line in the sand for when a behavior (or series of behaviors) reaches the level of being accurately characterized as bullying. Below I discuss some of these and offer what I believe to be the most important distinguishing features of bullying.

Not All Interpersonal Adolescent Hurtful Behaviors Are Bullying

Many kids say or do mean things to others, but the vast majority of them do not bully. Calling all harmful behaviors bullying discounts the experiences of those who are bullied. As Emily Bazelon (author of Sticks and Stones) has argued, “…when every bad thing that happens to children gets called bullying, we end up with misleading narratives that obscure other distinct forms of harm.” Under most definitions, bullying is much worse than simply being mistreated, pushed, or generally made fun of. To be sure, the difference might simply be in the frequency with which one is targeted. Being pushed in a one-time altercation with a former friend might not be bullying, whereas being pushed by this same person several times over several days, weeks, or months is. Frequency does matter. For example, we were contacted a while back by an adult who recalled his experience of being bullied from over a half century earlier. He wasn’t physically harmed at all, but the names he was incessantly called created psychological scars that never fully healed. Without a doubt, being targeted over and over again, even with relatively mild forms of mistreatment, eventually takes a toll.

Likewise, calling all harmful behaviors bullying may also diminish the seriousness of incidents that are much worse than the term conveys. For example, if a student is attacked on the playground in a one-time incident, this is not bullying. Even if the student is physically beaten so severely that she ends up in the hospital for a week, it’s still not bullying. It is an assault, and should be identified and treated as such. If the assault is linked to other behaviors previously or subsequently perpetrated by the aggressor toward the target, then perhaps it is accurate to define the trajectory of events as bullying. In isolation, a one-time act–no matter how serious–is not bullying.

Using bullying to describe all variations of student-on-student harm also has consequences for schools. Recently-passed laws in some states require educators to take certain steps once a behavior is classified as bullying. Well-intentioned or not, these laws force schools into following specific and time-consuming procedures. For example, school administrators in New Jersey are required to initiate a formal investigation within one school day of receiving any report of bullying. The school superintendent must be briefed within two school days. The investigation must be completed within ten school days and include a written report of the incident. The results of the investigation must be reported to the school board at its next meeting. All of this is well and good, and schools would love to direct this much attention to any problems as they arise. The challenge is that they simply have not been given adequate resources to accomplish any of this effectively. It would take an army of administrators to follow through on all of these procedures if every rude, annoying, or even hurtful incident were classified as bullying.

Moreover, schools are increasingly being judged by the number of bullying reports received each year. All reports of bullying in New Jersey schools, for example, must be submitted to the state Department of Education who will then “grade each school for the purpose of assessing its effort” to address these problems. As a result, some school administrators might be encouraged to dismiss actual incidents of bullying–if their numbers start to get too high–for fear of being labeled a “bad school.” My question is, if a school shows a high number of bullying reports/interventions, is that a good thing or a bad thing? I mean, it’s nice to know that students are comfortable reporting the bullying and that schools are taking it seriously by documenting and conducting a formal investigation. But at what point do high numbers cause us to be concerned? In fact, I personally would be more uneasy about a school that reported zero bullying incidents than one that reported quite a few.

Alternatives to Calling Everything Bullying

To counter some of these concerns, some have advocated for abolishing the use of the term bullying altogether and instead suggested that terms such as “harassment” or “drama” are more appropriate. Neither of these alternatives really solves any of the previously-described problems. In many legal circles, for instance, harassment is a specific term reserved to refer to mistreatment that is related to one’s protected status (based on sex, race, color, national origin, disability and actual or perceived sexual orientation). If a heterosexual boy posts an embarrassing picture on Instagram of another heterosexual boy, is it harassment? Not by some legal definitions.

And calling all teen disagreements drama also dilutes the problem. To be sure, there is a lot of background noise in schools these days that could be classified as drama. Being upset with your best friend because of some actual or perceived affront is drama. So is refusing to talk to your sister because she ate the last Pop Tart for breakfast. Most of what teens would call drama would not fall under most definitions of bullying. And nor should it. As danah boyd (author of It’s Complicated: The Social Lives of Networked Teens) and Alice Marwick have found in their interviews with youth, “teenagers say drama when they want to diminish the importance of something.” Referring to a bullying incident as drama allows the aggressor to neutralize their role in the harm. If everyone does these kinds of things, and if drama is just an everyday part of life for teens, then it isn’t that big of a deal and not worth focusing on.

Bullying is deliberate, repeated harm inflicted by one or more toward another who is unable to effectively defend him or herself. Accidentally hurting someone’s feelings is not bullying. Yes, it sometimes can be difficult to determine the intent of person causing the harm, but repeated hurtful actions, especially after being made aware that what was done was wrong, is a clear indication of intent. Similarly, hurting someone one time in an isolated incident is not bullying, although if there is a threat of repetition, the behavior could qualify. Also, posting something online might be a one-time behavior, but the fact that the content is accessible repeatedly means the victimization is likely to continue. And if the hurtful behaviors do continue, or if a student comes to you to tell you that he is being bullied, then clearly he does not have the ability to defend himself.

Recognizing that not all hurtful behavior is bullying is an important step toward addressing this problem. It becomes maybe slightly more manageable. My criteria offered above are just some issues to consider when trying to differentiate bullying from other behaviors. You might have some ideas of your own, and I encourage you to share them. While we might not come to complete agreement on this, we can work together to prevent and effectively respond to all forms of adolescent interpersonal harm, whether appropriately classified as bullying or not.