Catfishing as a Form of Cyberbullying 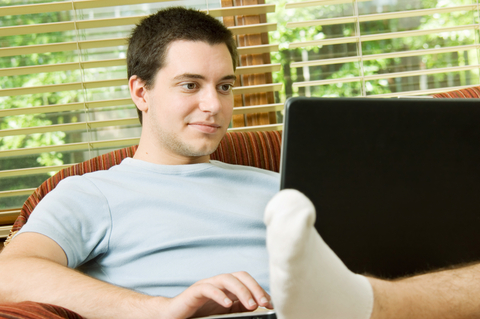 “Catfishing,” at least in the online world, refers to the practice of setting up a fictitious online profile, most often for the purpose of luring another into a fraudulent romantic relationship.  The Urban Dictionary defines a “catfish” as: “someone who pretends to be someone they’re not using Facebook or other social media to create false identities, particularly to pursue deceptive online romances.”  So, to “catfish someone” is to set up a fake social media profile with the goal of duping that person into falling for the false persona.  And if this has happened to you, you my friend have been “catfished.”

Of course people have been falsifying information online for decades and users have been putting fake information on social media profiles at least since MySpace launched in 2003, probably before.  This became more widely known as catfishing after a 2010 documentary film highlighted the real-world ramifications of online relationships.  In late 2012, MTV launched a reality TV show to capitalize on the interest in this activity.

A few weeks ago Notre Dame football star Manti Te’o became the poster child for catfishing when he was the apparent subject of one’s online angling.  As a public figure, with a prominent social media footprint he was a prime target.  Te’o developed an online relationship with someone he knew as Lennay Kekua.  It is difficult to know how deep the relationship was, but he did refer to her as his “girlfriend” and mentioned repeatedly that he loved her.

Te’o amassed a wide following when it was learned that his grandmother and girlfriend (Kekua) died on the same day early in the 2012 football season.  As a Michigan State football fan, I became interested in the Te’o story because his inspired performance during his first game after the deaths led to a crushing defeat of my beloved Green and White. Soon, it seemed, much of America was watching Te’o and the Fighting Irish.

While it has been confirmed that his grandmother did in fact die, his girlfriend did not. Media investigations revealed that she had never existed in the first place.  In mid-January the sportsblog Deadspin broke the story that Kekua was a fictitious online persona created by a friend of Te’o’s.  From the information we currently know, it appears most likely that Te’o was an unsuspecting victim, though some question his innocence and suggest this was all just an elaborate publicity stunt. In a statement released to the media, Te’o has maintained that he was a target: “To realize that I was the victim of what was apparently someone’s sick joke and constant lies was, and is, painful and humiliating.”  Whether a victim or a co-conspirator, the Te’o tribulations have led to renewed interest in a form of cyberbullying that has been perpetrated against others for many years.

Misleading another on social media with the intent to cause harm is not new.  In 2006, 13-year-old Megan Meier began an online relationship with a boy she knew as Josh Evans. For almost a month, Megan corresponded with this boy exclusively online because he said he didn’t have a phone and was homeschooled.  One day in October of that year, Megan received a message from Josh on her MySpace profile saying “I don’t know if I want to be friends with you any longer because I hear you’re not nice to your friends.”  This was followed by bulletins being posted through MySpace calling Megan “fat” and a “slut.”  After seeing the messages, Megan became distraught and ran up into her room.  A few minutes later, Megan’s mother Tina found her daughter hanging in her bedroom closet.  Though she rushed her daughter to the hospital, Megan died the next day.

Six weeks after their daughter’s death, the Meier family learned that the boy with whom Megan had been corresponding never existed.  Josh Evans (and his online profile) was created by Lori Drew, a neighbor and the mother of one of Megan’s friends.  She created the profile as a way to spy on what Megan was saying about her daughter. Drew was eventually acquitted in federal court for her role in Megan’s death.

Another, more extreme example, is the case of Anthony Stancl, a New Berlin, Wisconsin, 18-year-old who in 2009 impersonated two girls (“Kayla” and “Emily”) on Facebook.  He befriended and formed online romantic relationships with a number of boys in his high school (again, while posing and interacting as these two girls).  He then convinced at least 31 of those boys to send him nude pictures or videos of themselves.  As if that weren’t bad enough, Stancl – still posing as a girl and still communicating through Facebook – tried to convince more than half to meet with a male friend and let him perform sexual acts on them.  If they refused, “she” told them that the pictures and videos would be released for all to see.  Seven boys actually submitted to this horrific request, and allowed Stancl to perform sex acts on them, or they performed sex acts on him.  He took numerous pictures of these encounters with his cell phone, and the police eventually found over 300 nude images of male teens on his computer.  He was charged with five counts of child enticement, two counts of second-degree sexual assault of a child, two counts of third-degree sexual assault, possession of child pornography, and repeated sexual assault of the same child and received a 15-year sentence in prison in early 2010.

Anytime someone uses technology in a way that causes repeated harm to another, it can be classified as cyberbullying.  Setting up a fake online profile and communicating with someone for the purpose of tricking them into developing a romantic relationship – only to break up with or otherwise harm them – is wrong.  It also violates Facebook’s terms of service: “You will not provide any false personal information on Facebook, or create an account for anyone other than yourself without permission” and “You will not bully, intimidate, or harass any user.”

That said, some people use pseudonyms or alter-egos online to safeguard their identity.  There are a lot of legitimate reasons for doing this and as long as your behaviors do not hurt others, or mislead them in a way that causes harm to them, this is probably just fine. It really comes down to intent: Are you masking your identity to protect yourself or to cause harm to others? It is one thing to be protective of your real identity for personal privacy reasons, but it is another thing entirely to create an alternative identity for the purpose of humiliating, harassing, or hurting someone else.

Some might argue that catfishing is harmless Internet fun and that people should know better than to enter into any significant relationship with another person they only know digitally. It is true that people need to take care not to put themselves into situations where they could fall for someone who doesn’t really exist.  However, that does not make it OK to use technology to mislead someone, and leads to a “victim-blaming” mentality that gets us nowhere.  To be sure, everyone needs to be skeptical and cautious when entering into online relationships.  Those who do should consider using Skype, Facetime, or some other video-chatting service that will allow you to see and interact in real-time with the person you are communicating with. You should be suspicious if the other person continues to be hesitant about wanting you to see them in real life or online.  Also, don’t give out too much personal information, especially early on, and never go by yourself to meet someone in person who you only know from online. Go with a friend – or better yet a group of friends. They can protect you if something turns out to be not what it seems.

It is easy to be blinded by feelings of affection, especially when someone is giving you more positive attention than you have ever gotten from anyone else before.  Just remember to stop and think about the possibility that someone might be taking advantage of you and proceed with the utmost caution. As they say, if something (or in this case someone) seems too good to be true, it probably is.