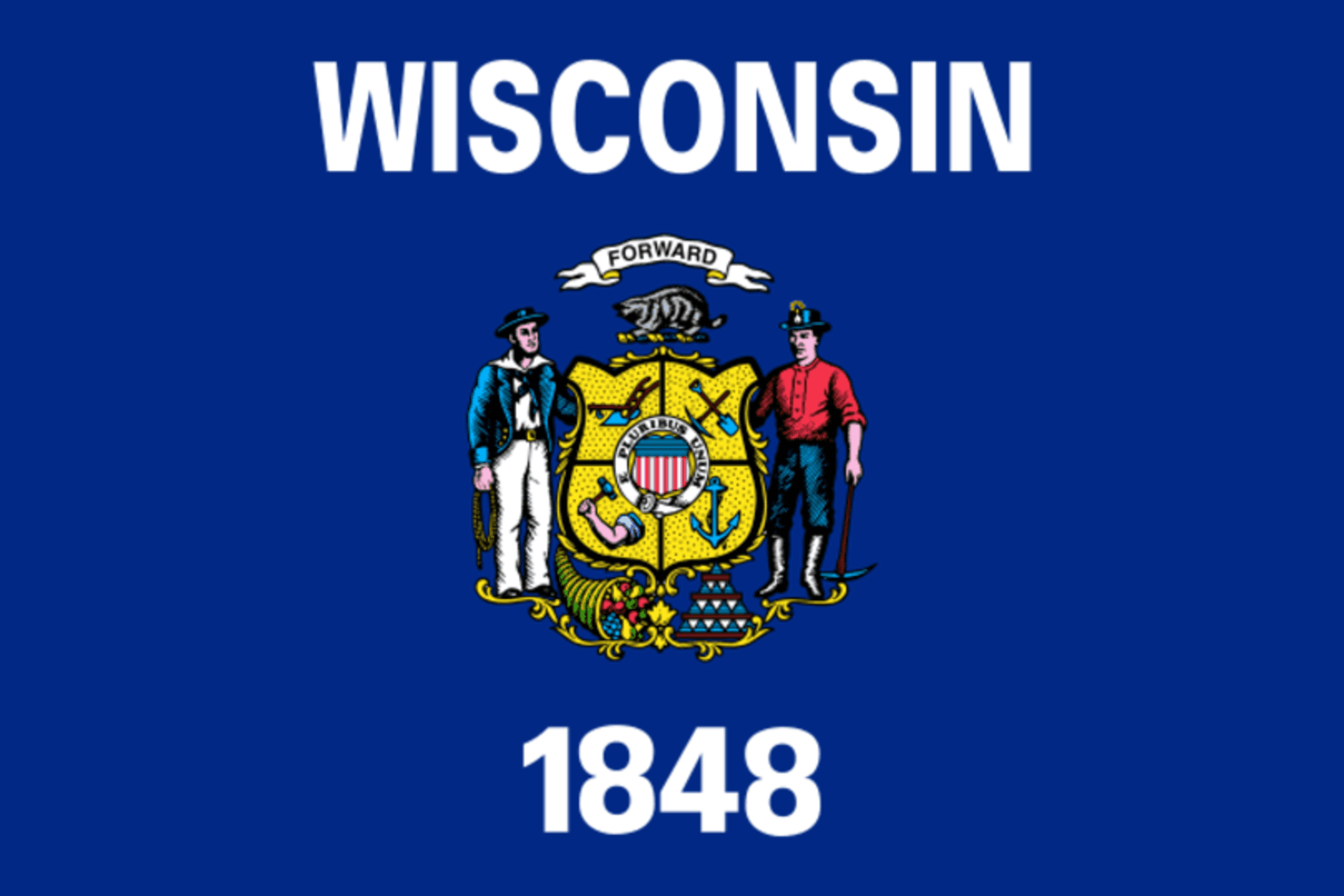 As a resident of the state of Wisconsin and someone who follows bullying legislation from around the United States pretty closely (see our summary here), I was particularly interested to learn that a proposal was being put forward to update Wisconsin’s bullying law.  Wisconsin’s law  took effect in 2010 and requires schools to have a bullying policy and directs our state department of education (the Department of Public Instruction) to develop a model policy that includes several specific elements.  Schools may or may not adopt the model policy.  The proposed changes can be read here.  Individuals in Wisconsin who are interested in this proposal, or the existing bullying law are encouraged to attend a public hearing that will be held on February 28th in Madison.  Those who would like to comment on the proposal but who cannot attend the hearing are encouraged to email their comments to Senator Luther Olsen who is the chair of the Committee on Education.  That is what I did.  Below are my comments about Wisconsin’s bullying law and the proposed changes.

I have spent over a decade researching adolescent bullying, with a specific focus on cyberbullying. As co-director of the Cyberbullying Research Center, I travel across the United States, and abroad, educating school officials, parents, law enforcement officers, other adults who work with youth, and the teens themselves about using technology safely and responsibly. In the last two years I have spoken to over 60,000 people on this topic.  I have also authored twenty refereed journal articles and four books, including three on the topic of cyberbullying and teen technology misuse. Finally, I am very familiar with most of the bullying laws across the United States having authored and regularly updated a fact sheet on our web site (www.cyberbullying.us) entitled “A Brief Review of State Cyberbullying Laws and Policies.”

Forty-eight states now have bullying laws in place or scheduled to be implemented in 2012.  Wisconsin was one of the more recent states to adopt a bullying law (Wisconsin Act 309; 2009 Senate Bill 154), which took effect in May of 2010.  The law required, among other points, that schools adopt bullying policies by August 15, 2010. While the existing law is useful to the extent that it publicly denounces bullying and requires the Department of Public Instruction (DPI) to develop a model policy that may be adopted by schools, it falls short on a number of levels.  The currently proposed changes, while a small step forward, do not significantly address the concerns which I present below.

One major shortcoming of Wisconsin’s existing bullying law is that it simply directs the DPI to create a model bullying policy. That policy may or may not be adopted by schools.  Schools must have a bullying policy in place, but the elements of that policy could vary significantly from school to school.  While many schools may elect to adopt the model policy as developed by the DPI, they are not required to.  I do believe that every school should have the flexibility to develop a policy that is appropriate for their needs, but it would be better to require certain elements to be included in all school policies across the state, including a comprehensive definition of bullying (that includes cyberbullying), procedures for reporting and investigating, appropriate consequences, as well as others listed in 118.46 sub. (1) (a) 1-10.

Another significant problem with the current law is that it does not explicitly mention cyberbullying or other forms of electronic harassment.  While cyberbullying is a subset of bullying, the law does not even provide a definition of what bullying is and leaves this up to the DPI and individual districts.  Specifically acknowledging cyberbullying as a unique form of bullying that requires response is important given its prevalence and impact on 21st Century schools.

Finally, there is nothing in current law that acknowledges the school’s ability to intervene or reasonably respond to incidents of bullying that occur off school grounds.  Many schools across the state wrongly believe that if bullying occurs away from school there is nothing that the school can do to respond.  Longstanding case law gives schools the authority to respond to off campus behaviors that disrupt the learning environment at school.

In the landmark case Tinker v. Des Moines (1969) the Supreme Court stated: “it can hardly be argued that either students or teachers shed their constitutional rights to freedom of speech or expression at the schoolhouse gate…” and that only speech or behavior which “materially and substantially interfere(s) with the requirements of appropriate discipline in the operation of the school” are subject to discipline.  Barr v. Lafon (2007) clarified that schools need not wait for a disruption to occur before intervening and that if they can articulate a clear threat to the order of the school than can take appropriate actions.  We know from Thomas v. Board of Education, Granville Central School District (1979) that student speech that occurs away from school is generally more protected that the speech that occurs at school, but several recent cases have demonstrated that off campus behaviors and speech are subject to school discipline, if the behavior or speech: (1) substantially or materially disrupts the learning environment at school; (2) interferes with the educational process or school discipline; or (3) threatens or otherwise infringes on the rights of other students (see J.S. v. Bethlehem Area School District, 2000; Wisniewski v. Board of Education of the Weedsport Central School District, 2007; and especially Kowalski v. Berkeley County Schools, 2011).  The key issue that has been addressed in many cases is that the behavior that occurs away from school results in (or has a likelihood of resulting in) a substantial disruption at school (see Layshock v. Hermitage School District and Blue Mountain School District v. J.S. which were both recently reviewed by the Third Circuit Court of Appeals [2011]). If a student is being harassed or threatened repeatedly by another student, whether online or at school, there is little question that the ability of that student to learn is being disrupted. As such, it is important that a bullying law includes this information so that schools know that they do in fact have the authority to respond.

Strengths of the Proposal

The current bill does propose some modest improvements to Wisconsin’s bullying law, especially by requiring that the DPI model policy include bullying by “electronic means.”  This may be superfluous as the existing model policy already includes “sending insulting messages or pictures by mobile phone or using the internet – also known as cyber bullying.” It also encourages the model policy to include information about responding to bullying behaviors that occur off school grounds.  The amendment which includes language that a school board may prohibit bullying that occurs away from school that creates a hostile environment at school for the pupil bullied or substantially disrupts the orderly operation of the school is exactly what is needed.  However, this leads me to the major weakness of current law and the proposed bill.

Weaknesses of the Proposal

The primary problem with the proposed bill, and indeed the existing law, is that it is only a mandate to the DPI to include certain elements in a model policy and not a requirement for schools to include any of these elements in their respective bullying policies. Schools are not required to modify their policies at all – they are only required to have a policy (irrespective of its content and effectiveness).  The proposal also states that the DPI model policy must include “appropriate responses to bullying that occurs off school grounds in certain circumstances.”  While it is nice to see that the proposal acknowledges the school’s authority to respond to off campus behaviors, what exactly are the “circumstances” where this is appropriate? If this could be clarified in the DPI policy, it would strengthen the understanding of the necessary conditions particularly if specific language was included in the law (see below).  The proposed amendment is a significant step in the right direction but only to the extent that it clarifies that what the law is talking about are those off campus incidents that create a hostile environment or that substantially disrupt the learning environment.

My concern with the proposal is that it doesn’t go far enough. I urge the legislature to adopt even stronger language clearly demonstrating that any and all forms of bullying, no matter where it occurs, that disrupts the ability of a student to learn, or that creates a hostile learning environment, is subject to reasonable school discipline.  Specifically, I urge the legislature to adopt a modified version of New Hampshire’s recently-passed bullying law (HB 1523):

Similar language has also been adopted in New Jersey and Connecticut law recently. I have modified it minimally to ensure that a student’s constitutionally protected speech is not infringed upon by threatening to discipline a student who is exercising protected speech.  As Tinker clearly stated, students have free speech rights, but they are not free to disrupt the learning environment at school (create a disruption, threaten or infringe on the rights of others, etc.).

It is also important that all schools adopt policies that include elements such as those listed in current law (118.46).  Alternatively, all schools should be required to adopt the minimum elements included in the DPI model policy.

I also encourage the legislature to provide resources to schools so that they can effectively implement the recommendations and/or requirements included in the law.  Schools want to prevent and adequately respond to all forms of bullying and harassment and are simply looking for resources that they can use to assist in such efforts.  For instance, the bill should provide staff development and training resources to the DPI, the CESAs or some other state educational training service providers in order for school officials to learn about the law and about how to respond to cyberbullying more effectively.

If I can be of assistance in the further development of this law, please do not hesitate to call upon me.