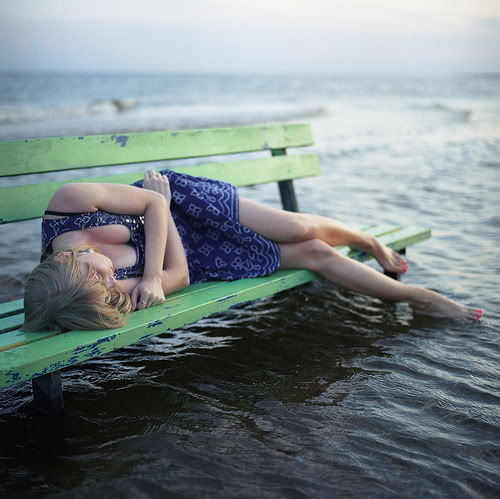 At a recent conference in Chester County, Pennsylvania, I had the privilege of getting to know Andy Faust, who is an authority on special education law at Sweet, Stevens, Katz & Williams LLP. In particular, I was impressed by his level of expertise and intrigued by his astute observations about the Individuals with Disabilities Education Act (IDEA), and how some kids who are bullied – and some kids who bully others – may be entitled to the federal law’s protections as “children with disabilities.” I told Andy that no one is really talking about the reality and implications of this in my circles, and that it is worth sharing to our readership so that they can fully understand the situation. So, he and I have been going back and forth to flesh this out, and his insights are as follows:

Based on my review of certain court cases, Office of Civil Rights opinions, and “Dear Colleague” guidance documents, as well as informed inference and anecdotal experience acquired over 28 years of practice, many kids who chronically engage in bullying behaviors (e.g., aggressors, offenders) can be categorized as “children with disabilities” under the IDEA. In particular, chronic or severe acting out by these kids would easily meet the definition of “severely emotionally disturbed” (SED) —which is one of the twelve disability categories under which students can qualify for special education services.  The definition of SED requires that the child in question demonstrate any one of separate five “characteristics” to a “marked degree and over a long period of time.”

Among those characteristics are:

It seems obvious that this list of characteristics could easily describe what we commonly associate with “bullying” behavior.  To note, though, there is a so-called “socially maladjusted” rule-out in the SED definition – which basically means that you cannot state that a child is severely emotionally disturbed if this is the case. Well, you might wonder exactly what “socially maladjusted” means. It is a term with no resonance in modern clinical practice, but one that many associate with “conduct disorder” or sociopathic behavior, and therefore ultimately subject to interpretation.

The problem with all of this is that one cannot easily discriminate between behavior that is “inappropriate … under ordinary circumstances” and that which is socialized in the child, or is a conscious source of pleasure or positive reinforcement for the child when they bully others.  It is difficult to figure out, then, if bullying aggressors are intentionally hurtful towards others, or their bullying behavior is simply an unhealthy byproduct of the fact that they are possibly severely emotionally disturbed (see the bullet-pointed characteristics above). If the former, those who bully others do not qualify for special education services because they are socially maladjusted. However, those kids could very well be the latter, and thereby deserving of special education services.

On the other side of the equation, many bullying targets also can readily demonstrate one or more of the characteristics mentioned above “to a marked degree and over a long period of time.” As stated earlier, these include “inappropriate type of behavior under ordinary circumstances,” “an inability to develop or maintain satisfactory relationships with peers or adults,” and “fears or anxiety associated with school or other issues.” As such, demonstrating these symptoms in sufficient severity warrants their classification under the SED label – rendering them due special education services under the IDEA. As another outcome, some kids who are bullied also can act out not just as a coping mechanism, but possibly because they have or develop ASD (autism spectrum disorder(s)). Autism is, of course, another of the twelve labels available under the IDEA for classification of students in need (and deserving) of special education services.

All of this begs the question: to what are bullied youth – and youth who bully others – entitled as it relates to special education interventions if considered to be students with disabilities? Under the IDEA, the purpose of special education is not just correction and support of academic deficits.  Indeed, social and behavioral deficits that affect participation in the learning process or access to the learning environment are regarded in much the same way an academic deficit is regarded.  Just as we can teach a struggling reader the foundational phonological awareness, decoding, and fluency skills needed to comprehend grade-level text, so too we can teach children with learning-interfering behaviors to:

~ self-monitor the thoughts and physical symptoms that accompany feelings of frustration, anger, fear, or anxiety;

~ identify the circumstances that trigger these feelings;

~ rate the level of their emotional state; and,

~ apply replacement strategies to address those feelings when they arise.

We can also teach a child with social skills deficits to recognize non-verbal social cues and the meaning of colloquial and idiomatic language (so they don’t take certain statements expressed by their peers too seriously or literally), and to initiate and sustain appropriate conversations with peers and adults.  These outcomes can be described and monitored measurably as annual goals in an Individual Education Program (IEP) and implemented through direct, explicit instruction in a special education classroom (in Pennsylvania, there are programs that provide “emotional support” and others that provide ‘autistic support,” and most states have similar vehicles). Alternatively, they can be implemented in the form of a “related service” such as general counseling, psychological and mental health counseling, and social work services, whether delivered individually or in a group setting.

Special education, of course, is an intervention of extraordinary last resort. We should move to a special education solution for those kids who are bullied or who bully others who are already diagnosed and identified as disabled and whose behavior is a manifestation of their identified disabilities. For those children not diagnosed and identified as such, the law encourages the use of general intervention practices to provide the sorts of measurable, outcomes-driven support (such as that described above).

As I’ve been talking this out and digging deeper to understand all of the issues involved, I want to emphasize a very critical point (brought up to me by my longtime colleague and ADA attorney Mike Tully). When it can be shown certain behaviors are a result of a formally diagnosed impairment (bipolarity, obsessive compulsive disorder, attention deficit hyperactivity disorder, anxiety disorder, depression, oppositional/defiant disorder, etc.), schools are legally responsible to provide accommodation instead of discipline for the aggressors and additional services/support for the targets. Schools cannot discipline a disability, nor can they discipline and provide accommodations at the same time.

Parents of aggressors and targets can lobby for additional support, services, and resources for their kids under the auspices of the IDEA, but schools should make sure a formal medical diagnosis is made to avoid overidentification. This would be detrimental because a) public schools have little resources to go around as it is and b) there is a history of placing African-American males in special education programming simply because they tended to be more hyperactive – and this constitutes a form of segregation). Also, there is a need to protect against false claims that a student is SED and thereby a qualifier for special privileges and services. To reiterate, only if a child is formally diagnosed as suffering from a disability should we proceed in providing them with IDEA-related accommodations so that they can have educational opportunities without compromise. Furthermore, only then should that diagnosis change a school’s traditional response to their involvement in bullying as the offender or target.