Standing Up and Speaking Out Against Cyberbullying 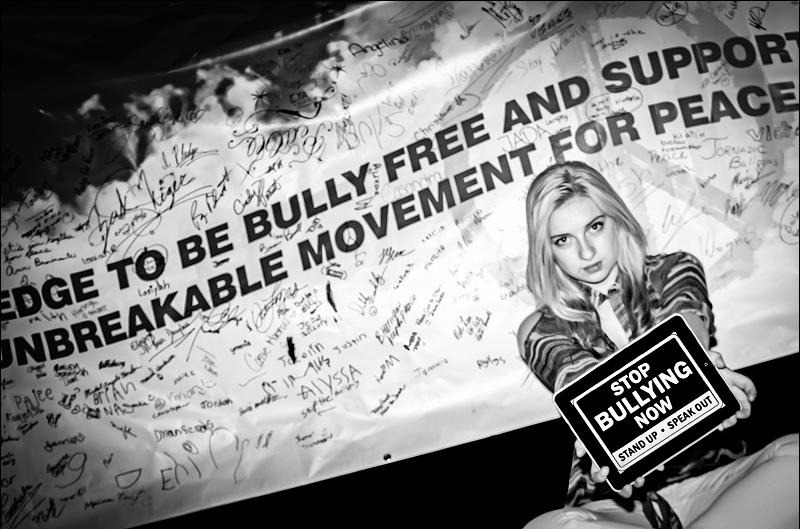 I met Sarah Ball a couple of years ago, as she sat in the front row of a cyberbullying presentation I gave to educators at a national conference held in Orlando. As a teenager, she stood out from the rest of my audience of school professionals. She also stood out in terms of her contagious enthusiasm and interest, which was so evident in our conversation after my talk. Sarah told me of her story, and how she had personally asked the conference organizers if she could attend for free (since she was still in high school!) simply because she cared so much about this issue and wanted to make a meaningful difference. We have kept in touch since then, and we were able to feature some of her personal story in Words Wound: Delete Cyberbullying and Make Kindness Go Viral. I wanted to feature it for our site visitors here as well, since it is inspiring – and because it can serve to motivate other teens and young adults to be powerful instruments of change in their communities!

I’ve had to deal with some really horrible bullying and cyberbullying. But I’ve tried to fight the good fight and to do something about it on a bigger scale, especially because I kept meeting others who were struggling, too. With my mind and heart heavy due to my situation and that of others, I started to research cyberbullying. Ryan Halligan, Megan Meier, Jeffrey Johnston, and more and more names kept coming up. Reading their stories and the decisions they made to end their cyberbullying cut me deeply. I remembered an organization my mom had told me about called DoSomething.org. It’s a place for kids and teens to do something to better the world. I then decided to create Unbreakable, a project to help me heal as well as heal others who were bullied. I didn’t have much of a plan at first—I just knew that I wanted to do whatever I could to end cyberbullying.

Soon, I got more passionate and wanted to tell more people what was happening. I wanted to be a voice for all victims of bullying. I printed out hundreds of pages of websites made just to attack kids. I sent a letter describing myself, my Unbreakable project, stories of suicide, and pages and pages of bullying sites to media outlets, politicians, law enforcement, celebrities, school superintendents, and anyone else I hoped would listen. The Tampa Tribune, ABC News, and Bay News 9 responded. Soon I was on a media train with Unbreakable. I created an Unbreakable Facebook fan page. My page targeted cyberbullies and the creators of the cruel sites. It also told the stories of Ryan, Megan, and Jeffrey.

In the beginning, the page was mostly a surge of congratulations to “whoever this is” speaking out. (Before the media buzz, I didn’t tell people that I was behind Unbreakable.) One student who had previously cyberbullied people posted, “I don’t know who this is but you are an inspiration to me. Thank you for standing up and speaking out.” I think it’s awesome that my project has encouraged others to change their ways, and that Unbreakable got a lot more students to think and care about this important issue.

As a result of these efforts, I have been invited to speak at Bullying Summits, Parent Workshops, School Board Workshops, Kiwanis and Rotary Clubs, universities, and numerous schools. Through these engagements, I met leaders in my community who wanted to help make a major countywide anti-bullying event happen, even though it had never been done before. For six months, we planned, fundraised, and gathered support from the NHL and NBA as well as local businesses and restaurants. And then the day finally came!

The Unbreakable Movement for Peace program was a massive success. It was promoted all week in all the schools in my county, we had numerous guest speakers, free food and drinks for 500 people, and over 35 vendors. The event kicked off with Central High School’s ROTC performing the National Anthem, and then I spoke about this cause and those who have been victimized by cyberbullying. We all then participated in a beautiful balloon release to remember those who chose death as an escape from their bullies.

I continue to remain passionate about cyberbullying, and aim to keep honoring the platform and opportunities that I have been given. I want to help inspire other teens to make great decisions, contribute to the betterment of society, and stand up for what they believe in (and what I believe in!). We can all take the trials we’ve experienced, and turn them into something positive – something that can help the lives of so many others around us. We just need to stay motivated to take our good intentions and turn them into action!