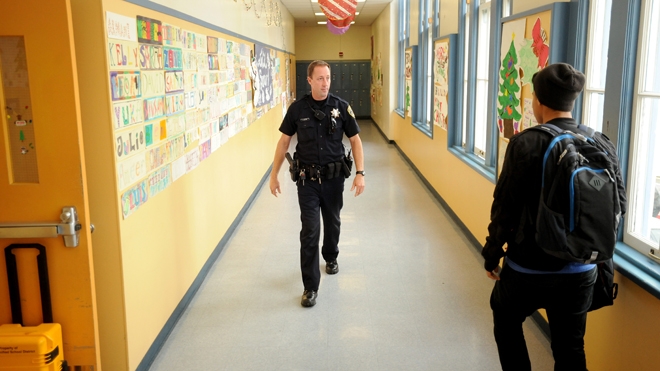 Earlier this summer, Sameer and I (along with our good friend Joe Schafer), published an article in the FBI Law Enforcement Bulletin that describes the perceptions and experiences of law enforcement when it comes to responding to cyberbullying and sexting.  This article stemmed from my work a few years ago as a Futurist in Residence with the FBI’s Behavioral Science Unit. For the study, we surveyed 979 police officers (336 school resource officers [SROs] and 643 traditional law enforcement officers who were not assigned to schools).  We wanted to know what they thought about these high-tech teen problems and to see if there were any differences in perceived roles when comparing SROs with traditional police officers.

Like the SROs, the majority of the traditional police officers (82%) agreed or strongly agreed that cyberbullying as a serious problem warranting the response of law enforcement. Seventy-eight percent agreed or strongly agreed that sexting is a serious concern for law enforcement. Relatively few of the traditional officers had experience investigating cyberbullying and sexting cases. Ten percent reported investigating an average of 2 cyberbullying cases during the previous school year and 7% reported that they had personally investigated a sexting incident in the previous year (average=3 cases).

As a part of this study, we asked officers to rate (on a scale of 0-10, with 10 equaling a “very important/significant role”) the extent to which law enforcement should play a role in ten different cyberbullying scenarios. The scenarios ranged from relatively minor (e.g., “A teacher confiscates a cell phone from a student in class and wants to determine if it contains any information that is in violation of school policy.”) to much more serious (e.g., “A male student receives an email from an unknown person threatening to kill him at school tomorrow.”).  In all cases the SROs rated the law enforcement role significantly higher than the traditional law enforcement officers.  Clearly, the officers who work in the schools, who most directly confront these problems, see themselves has having a greater responsibility in dealing with the cases than the officers who do not regularly work in schools.

Law enforcement officers, especially those who are assigned to a school, will undoubtedly need to become involved in cyberbullying and/or sexting incidents at some point during their careers. They will be most frequently called upon to act after incidents occur within the student body. While most instances of cyberbullying do not warrant the formal intervention and response of law enforcement, some cases do. Even if the cyberbullying behavior doesn’t immediately appear to rise to the level of a crime, officers should use their discretion to handle the situation in a way that is appropriate for the circumstances. For example, a simple discussion of the legal issues involved in cyberbullying may be enough to deter some first-time bullies from future misbehavior. Officers might also talk to parents about their child’s conduct and express to them the seriousness of online harassment. The law enforcement response typically varies based on how the case is discovered, how much harm has occurred, how evidence is collected, who all is involved, and how well-trained the officer may be. All officers, but especially those assigned to a school setting, should educate themselves about the online behaviors of adolescents. They should also seek to respond to misbehaviors in a reasonable and appropriate manner, with the goal of preventing subsequent problem behaviors without imposing unnecessarily harsh disciplines.