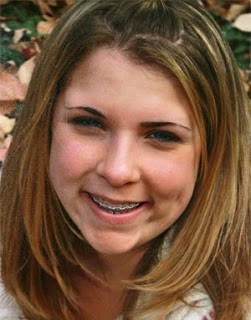 Indictments were filed yesterday in the Megan Meier case. For those of you unfamiliar with the case, you can read the story here. In short, Megan Meier was the 13-year-old from Missouri who committed suicide after being cyberbullied on MySpace. To make matters worse, the offender was a fictitious 16-year-old boy who was created by the mother of one of Megan’s friends. Megan’s mother, Tina, has become an instant cyberbullying activist, appearing on many national news programs lobbying for cyberbullying legislation.

While I feel those responsible for Megan’s untimely death need to be punished, I’m not sure the current indictments are the best approach. Our reading of the indictment suggests that Lori Drew, the mother allegedly responsible for the harassment, is being charged with violating MySpace’s terms of service which prohibits “promoting conduct that was abusive, threatening, obscene, defamatory, or libelous.” So she is essentially being criminally charged (in federal court) for committing (and conspiring to commit) a civil crime (a “tortious” act).

This indictment really speaks to the problem facing cyberbullying advocates. The problem is that there are no good, clear laws that govern this behavior. If society feels as though those who cyberbully should be held criminally responsible, then legislators should get to work on creating the legislation. Because they have largely failed to do so, special prosecutors, and in this case federal prosecutors, are forced to shoe-horn cyberbullying cases into existing legislation. Many states have recently passed laws concerning cyberbullying – but they all simply direct school districts to deal with it. Instead of providing meaningful direction to educators, parents, and prosecutors, the laws merely require school districts to update their harassment policies to include electronic variants. But again, they stop short of giving specific directions.

I’m not advocating here that we should criminalize cyberbullying. The vast majority of cyberbullying cases can usually be most effectively dealt with informally by parents, with the help of others (educators, school counselors, maybe even local law enforcement). In the rare case that cyberbullying behaviors result in significant harm and/or death, however, well then those responsible need to be held accountable. The real question is whether the indictments filed yesterday will hold up. Any thoughts? How about from our two resident lawyers?