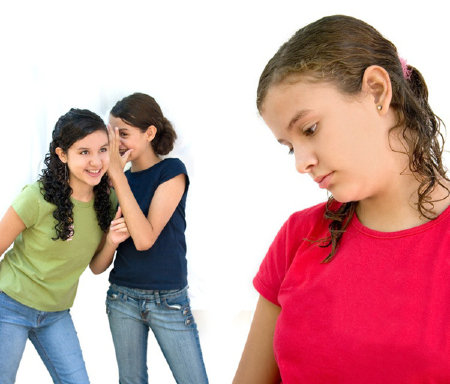 In this line of work I get to hang out with teens all the time, and many of them amaze me with regard to all that they’re getting out of their K-12 school experience.  Others, however, make me sad because it seems that what made school awesome for me (being intellectually stimulated, seeing my friends and enjoying their company, and eventually finding self-worth, confidence, and my identity through personal and scholastic growth) has been forced into the shadows for them.  Instead, they are preoccupied on a daily basis with worry and fear.  Not just at school, but 24-7.  And that seems to take precedent over everything else – which, of course, is no way to live.

It’s so frustrating to me because not only do these students struggle now, it’s probable that they will struggle in the future due to what they are missing out on at this crucial stage of their adolescent development.  Hopefully, life will open up for them, and things will fall into place, and everything will be amazing for them.  But I hate that certain wounds and scars from their school years will persist at least on some level.  Especially because much of it seems preventable.  Not all of it, but much of it.  And so that’s why we are so passionate about identifying and sharing best practices to educators and parents about how they can help.

We believe that schools across our nation should be sacred institutions for learning, where students feel secure and free to focus and interact without worry or fear.  We can’t do much about some of the things they worry and are fearful about, but we definitely can do a lot about harassment, hate, bullying, and threats of harm or violence.  We have a ton on our plates as educators, but this has to take precedent over other priorities.  We’ve told you that around 20% of youth are cyberbullied during their lives, right?  Well, we don’t want 20% of the next generation dealing with some or all of the fallout we’ve identified as consequences and outcome for those victimized (lower self-esteem, negative emotions, emotional and psychological issues, delinquency and crime, and suicidal thoughts/attempts). (Side note: if you need any of these articles, please contact us.)

Since you’re reading this blog, it’s likely that you are the type of person who will step in when you see overt bullying or cyberbullying, and address it in some form or fashion.  Thank you.  That needs to happen every time, and we are encouraged to see increasing numbers of school personnel across the nation step up to the proverbial plate on this issue.  But what we’d like to see more of is a conscious effort to train and empower educators (administrators, counselors, teachers, coaches, and support staff) to preempt bullying and cyberbullying by identifying and correcting some of their contributive elements.  For example, incidents of hate and harassment are often rooted in discrimination of some sort, and so we believe that some meaningful progress can be made by focusing in on that particular element.  By doing so, it may prevent the manifestation of more serious conflicts and outcomes.

School personnel are morally and legally obligated to provide a safe educational environment for all students—one that is free from discrimination. Title IX of the Educational Amendments of 1972 requires schools to prevent and address sexual harassment and sex discrimination, and its interpretation has been broadened in the decades since its passage. It is safe to say that any form of discrimination occurring on campus that undermines a child’s ability to feel safe and concentrate on learning must be addressed if it is made known to school officials. Not only is addressing such behavior mandated by law, but not dealing with it could lead to claims of negligence and financial liability (as well as reputational damage) if harm to a student occurred based on discrimination.

We believe that all forms of peer harassment—on a fundamental level—involve some type of discrimination. This could be discrimination based on how someone looks, dresses, acts, speaks, or simply “is.” Youth can take the smallest difference and magnify it to cause drama, to build themselves up while tearing another down, or to indulge an impulse—in other words, just because they feel like it.

A quick story for you – and hopefully you can see the link…. We remember that when we were in school that we couldn’t wear t-shirts with inappropriate slogans or depictions. Occasionally, we heard of another student being sent to the principal’s office and forced to wear the shirt inside out or made to wait until his parents brought another shirt to wear for the rest of the day. This might not seem like that big a deal, but there is logic behind these rules and actions. First, inappropriate content on t-shirts compromises the positive, safe, wholesome atmosphere that schools strive to provide. That might sound idealistic, but part of any school’s mandate is to create and maintain a learning environment that is respectful, inclusive, and supportive – so that all students can have every opportunity to succeed.

Second, such shirts can be offensive and discriminatory to other students and staff at school and therefore infringe upon their civil rights.  As a related example, the US Court of Appeals (2009) upheld a Tennessee school’s decision to punish students for wearing Confederate flag T-shirts, agreeing with school administrators that the shirts would cause a substantial disruption among students and staff on campus. Here, concerns of school safety amidst a climate of racial unrest in the community and on campus contributed to the ruling (demonstrating the importance of always taking into account the surrounding context of every situation).  Interested readers should also see Barr v. Lafon (2007), summarized here, as it details that schools can act to prevent disturbances and/or violence even without a “substantial disruption.”

Third, they unnecessarily attract negative attention and thereby distract students from learning. Schools, then, can respond to problematic content—or the behavior that creates such content—if its effects are detrimental to their purpose and goals (such as constructing and maintaining a safe school environment!). Such content and behavior start with inappropriate clothing, inappropriate words, and inappropriate actions (like shaming, excluding, and ostracizing), and if not dealt with can subsequently lead to more severe forms of interpersonal harm.

Educators, you have more authority than you think you do as it relates to these sorts of issues.  Take the time to address even the most subtle forms of discrimination you see.  Set a hard and fast line, and create a climate among everyone at school (adults and teens) demonstrating that “we” are all about inclusivity, mutual respect, kindness, and “bro” moves. Call it out when you see it, and end it one-on-one with the offending student or in front of everyone (if it was an accident or joke that simply wasn’t thought through and can serve as a teachable moment). The hope is that even though you can’t see or measure their value in the present, doing so will cut down on the frequency and scope of bullying and cyberbullying among your students in the future.