Can Someone be an Unintentional Bully? 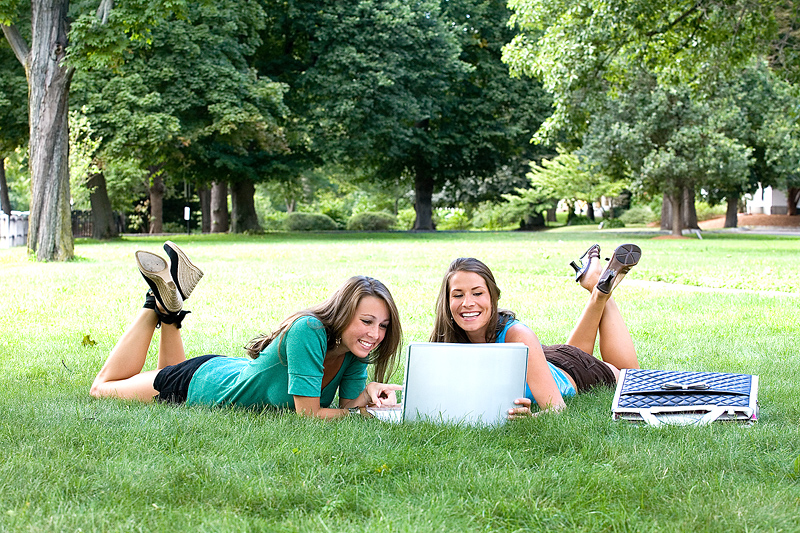 Defining bullying is a tricky thing. And technology just adds another complicated layer to the whole situation. I mean, we know it when we see it, and at the extreme end it’s easy to identify: the repeated threats, multiple humiliating posts, and numerous hurtful texts most likely qualify. But what about that mildly inappropriate joke directed at no one in particular? Or the post that reads “I’m going to kill you. jk. LOL.”? Everyone seems to have a slightly different perspective when it comes to whether or not to categorize a particular experience as bullying.

Officially, we define cyberbullying as “willful and repeated harm inflicted through the use of computers, cell phones, or other electronic devices.” Researchers like Sameer and I like to sit around for hours discussing the different ways to define and measure something empirically, so we freely admit that ours is an imperfect definition. For example, if I take out my cell phone and start bashing you over the head with it, is it cyberbullying? Well, it is willful, repeated harm using a cell phone. But those aren’t the kinds of behaviors we are talking about. With cyberbullying, we are referring to incidents where someone uses technology, primarily computers or cell phones, to harass, threaten, humiliate, or otherwise hassle someone else repeatedly over time. Also included in our definition is the concept of purposiveness. To be considered bullying, in our opinion, the behavior in question must be “willful,” that is, deliberately or intentionally done or said to cause harm.

Most of the commonly-accepted definitions of bullying include an element of intent. Scandinavian researcher Dan Olweus, who is arguably most responsible for the current academic interest in the topic, defines bullying as “aggressive behavior that is intentional and that involves an imbalance of power. Most often, it is repeated over time.” The Minnesota Department of Education states that “definitions of bullying vary, but most agree that bullying includes the intent to harm, repetition, and a power imbalance between the student targeted and the student who bullies.” Finally, Stopbullying.gov defines bullying as bullying as “unwanted, aggressive behavior among school aged children that involves a real or perceived power imbalance.” While this definition doesn’t explicitly include intent, one could interpret “aggressive” to mean that the behavior in question was not unintentional.

In addition, many state bullying laws refer to intentional behaviors. Delaware law characterizes bullying as an “…intentional written, electronic, verbal or physical act.” Louisiana defines cyberbullying as “the transmission of any electronic textual, visual, written, or oral communication with the malicious and willful intent to coerce, abuse, torment, or intimidate a person.” Indeed, intent is a fundamental component of criminal law generally. In order to hold someone criminally responsible, not only must we establish that the person engaged in a wrongful act, but that he or she did so with “mens rea,” that is, a guilty mind. When it comes to law there are always exceptions, and we believe that the vast majority of bullying incidents can and should be handled outside of the formal law. The point is that most academic and legal definitions of bullying include intent. But does that mean the element is necessary?

Parenting advocate Sue Scheff recently wrote about “accidental” bullying and cyberbullying for the Huffington Post. She describes incidents where teens say things to others, usually online, that aren’t intended to be hurtful, but are experienced as such. “Even though it wasn’t your objective, your words can be taken out of context by others when they’re read and regurgitated, amplifying your digital footprint.” This can happen offline as well, of course, but technology certainly does more easily obscure actual intent. Many of us know from experience that it often leads to more frequent misunderstandings as communication occurs without important facial expressions, vocal intonations, or other interpretive behavioral cues that provide color and context to what is conveyed.

Scheff credits Katie Greer for first alerting her to these types of behaviors. In Scheff’s article, Greer explains accidental bullying in this way: “Oftentimes, kids described trying to be nice or positive to one friend or cause via various social networking sites, and unintentionally hurting someone’s feelings, or leaving someone out in the process.” I agree that it is common for teens to say things to classmates or even to their best friends, without malice or intent to cause harm, but yet the comments are misinterpreted or otherwise result in harm. But is this bullying?

The concept of an accidental bully is not new. Internet lawyer Parry Aftab has included the “inadvertent cyberbully” in her taxonomy for years (since at least 2006). “They do it for the fun of it. They may also do it to one of their friends, joking around. But their friend may not recognize that it is another friend or make take it seriously.” According to Aftab, inadvertent cyberbullies “don’t lash out intentionally,” which is curious because she defines cyberbullying as “when a minor uses technology as a weapon to intentionally target and hurt another minor” (emphasis added). Like Greer, Aftab describes a situation where teens do or say something to be funny or even helpful, but it is misinterpreted or, for one reason or another, results in hurt feelings.

Greer offers an example in which the friends of a teen girl set up an online profile on Instagram where people are asked to comment/vote for the prettiest girl among four shown. The idea is to show their friend that she is very pretty. The profile creators stuff the virtual ballot box so that their friend emerges victorious, not realizing that by doing so the other three girls involved in the vote have had their feelings hurt (because, after all, they aren’t the prettiest). Were the less-pretty girls in this example bullied? If the teens who created the site genuinely and honestly did not do so to cause harm to the girls who did not win, then I do not believe it is accurate to classify the incident as bullying.

Of course, the key to this is determining intent. It is possible that the girls responsible in Greer’s example could have intended all along to take particular classmates down a notch by setting it up so they would emerge as losers. Or rig the vote in a way that one specific girl received significantly fewer votes than all of the rest, thereby securing her spot as the “least prettiest.” It would be correct to classify those cases as bullying, though definitely not accidental. But if the girls are sincere and authentic in stating that they really didn’t mean to cause harm to those who were not voted the prettiest, then it isn’t bullying. It should not be ignored, however, and the girls responsible should be informed about the unintended consequences of their actions so that they will refrain from similar behaviors in the future. Hopefully that will be the end of the issue. If not, then subsequent intervention would be necessary.

Because it is impossible to know for certain what was going on in the mind of a teen when he or she behaved in a particular way, it is important to gather as much information as possible with which to determine whether or not the behavior in question could have been intentional. For example, is this the first time the particular student has been accused of bullying? Have there been behavioral problems with the student in the past? Were the students involved previously friends? Was there a falling out? Did anyone else (other students or staff) notice previous problems between the students?

Of course we need to keep in mind that just because a teen has never misbehaved in the past, doesn’t mean they didn’t do so deliberately this time. And former friends often mistreat each other, especially if there was a recent issue that led to the breakup. The problematic behavior itself is only one piece of the puzzle. The more information you are able to gather about the nature of the relationships among all involved, the easier it will be to figure out what happened and why.

For years I deliberately remained on the sideline when it came to debates like this. For me, whether some behavior was bullying or not was really beside the point. I advocated for identifying and focusing on the specific problematic behavior and addressing it reasonably and appropriately for what it was. Unfortunately, this is no longer an option as some states have passed laws that mandate specific actions when it comes to behaviors defined as bullying.

For example, New Jersey law requires principals to investigate every incident of bullying within one school day, and complete a formal report within 10 days that must be submitted to the superintendent within 2 days of completion. Results of the investigation must be presented to the school board at the next regularly scheduled meeting. Students in Georgia who are found to have bullied others for a third time are sent to an alternative school. Furthermore, labeling a particular behavior as bullying can inflame a situation – especially if the label is being misapplied. So it has become imperative to clearly articulate what is meant by bullying.

I don’t expect to resolve this decades-long definitional debate here today, but do hope to encourage researchers, policymakers, legislators, educators and others who are charged with putting students in particular categories (e.g., “the bully”) to think carefully about the criteria they use to make these decisions. Defining a person’s behavior as bullying, or labeling someone “a bully” can set that person on a particular trajectory, and we best not do it capriciously or haphazardly.