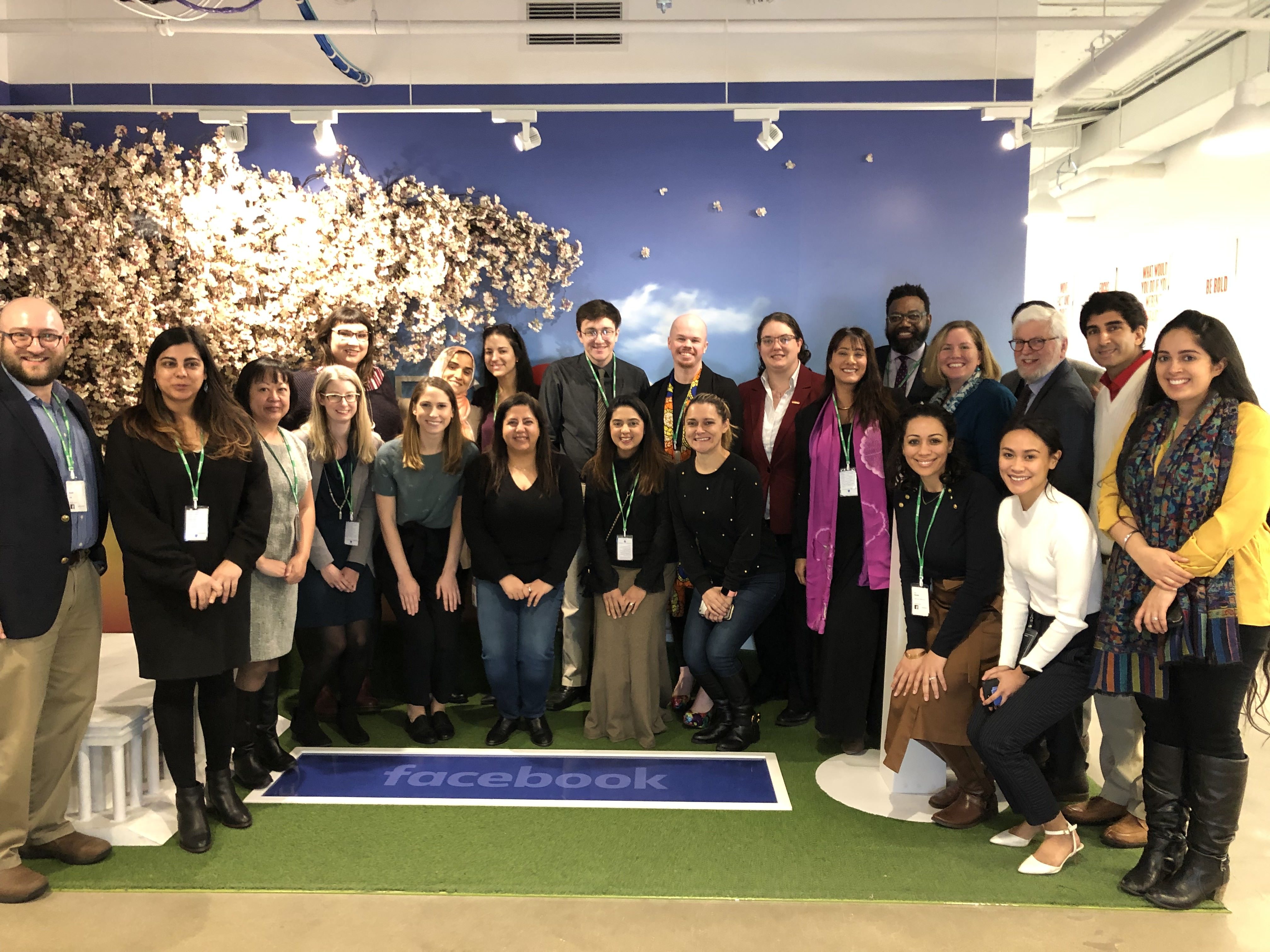 Recently, I was a part of a conference held by Facebook and Instagram in Washington, DC. The conference endeavored to bring together members of faith-based NGOs to identify solutions to address bullying and cyberbullying by one’s religion.

Overall, it was a productive, energizing few hours together, and I was left feeling very inspired about all that can and should be done in the near future. For now, I wanted to share some of the background work that led up to the conference, as well as the significant takeaways.  The hope is that our efforts (now and in the near-term) can make real headway in preventing and responding to hate and biases that occur not only on social media but in our schools, communities, and workplaces.

To begin, I want to bring your attention to the work done by the Institute for Social Policy and Understanding (ISPU) (and leading researcher Dr. Nadia Ansary) and partners such as the American Muslim Health Professionals, Sikh Kid 2 Kid, and the Islamic Networks Group (ING). They organized a 2-day Interfaith Bullying Summit in December 2017 and brought together 80 professionals to discuss what can be done about religious-based bullying. I believe that this Summit was initiated in part because ISPU’s research team found in a nationally-representative sample of American families that 42% of Muslims, 23% of Jews, and 6% of Catholics reported that at least one of their children had been bullied in the past year because of their religion (Mogahed & Chouhoud, 2017).

ISPU’s 32-page report is available here, and I strongly encourage you to read it. My hope with this recent Facebook and Instagram conference was to build upon ISPU’s solid foundation. That is, I wanted us to develop a concrete game plan that can be implemented to better serve and protect those who regularly deal with hate and harassment because of their faith.

My specific role was two-fold. First, I was to provide background statistics based on our original research about school bullying and cyberbullying and explain the overlap between offline and online bullying. Second, I was to share an assortment of ideas demonstrating promise in promoting inclusivity, kindness, tolerance, and peer respect. Specific to the latter, I suggested numerous activities in which youth in majority cultures, ethnicities, and faiths can develop a more profound interest in, and sincere appreciation for, minority cultures, ethnicities, and faiths. Dr. Lewis Bernstein, former executive producer of Sesame Street, also weighed in based on his extensive experience and knowledge.

Finally, the group brainstormed possible next steps in a “hack,” and I believe they collectively can move our efforts forward.

While research and evaluation are needed to determine which efforts will be fruitful, I believe these ideas lay the groundwork for a new round of strategies and programs that can make a difference. So it is up to all of us to do what we can. If you care deeply about religious-based bullying and cyberbullying prevention, do reach out to me, and I can connect you with like-minded others. Hopefully, the youth under your care will grow up in an environment where they don’t have to bear a heavy weight of harassment and hate on their shoulders because our collective efforts have served to lessen that load.