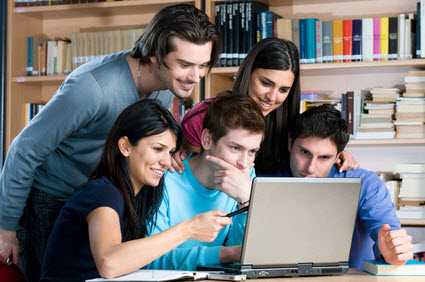 As technology has allowed bullies to expand the reach and scope of their torment to an ever broader audience, it has also allowed for increasing numbers of others to see and potentially respond. Cruel posts on Facebook or humiliating pictures sent via a cell phone can be viewed by countless individuals, and the question becomes, what does a teen do when he or she sees such behaviors? In our research, we have found that 42 percent of students had witnessed other people being cyberbullied. We suspect this number is a bit lower than expected due to the wording of the question, which reads as though we were interested in experiences that were synchronous: that is, that they saw the cyberbullying as it was happening. In assemblies at schools, we regularly ask students to indicate by a show of hands if they “have seen cyberbullying.” Usually most of the hands go up.

Since adults cannot be everywhere to witness every adolescent problem (especially those that occur online), we should equip youth with the tools necessary to take some action. In fact it is likely that students will see or hear about these problems before adults. So what should teens do if they see technology being used in a harmful way? Well, that depends on a lot of factors, including the nature of the incident, the relationships involved, their expectation of future harassment or violence, and their interpersonal skills. We certainly do not want to put more youth at risk by pressuring them to actively intervene in situations that might not be safe (e.g., standing up to a physically aggressive bully), but we should give students guidance about what they can do. Minimally, it would be helpful for bystanders to carefully document what happened and then take the details to an adult they trust will respond appropriately. A bystander might also take the target aside to tell her that what happened was not cool and he is there and available to help make the problem go away. A student could also organize her friends to condemn the behavior without doing anything directly.

Sometimes it can be difficult for students to stand up to a bully, especially if the person doing the bullying is a friend. One way to address this concern is to encourage students who are put in this situation to respond in a way that is supportive of their friend but not of the behavior. So if someone is laughing about an embarrassing picture or mean-spirited video, students can subtly express their disapproval by not laughing along. A concerned student could also try to change the subject or encourage the friend who is participating in the hurtful behavior to do something else (like download a new app to their phone or explore a new website that is becoming popular).

No doubt many teens are more than capable of intervening on behalf of the victimized — by helping the target, redirecting the bully, or informing an adult who can respond. The problem is that most students don’t tell adults about their experiences or those of other students. Researchers Stan Davis and Charisse Nixon found that less than 20 percent of students who “saw or heard rumor-spreading, exclusion, harassment based on religion, gender, race and sexual orientation or who witnessed kicking or other physically aggressive acts” told an adult about the experience. Our own research similarly has found that teens are reluctant to tell adults about their experiences with cyberbullying. And whose fault is that? If we are honest with ourselves, we know it is primarily ours. If adults consistently, appropriately, and effectively responded to bullying, cyberbullying, or any other adolescent problem behavior, youth would feel more comfortable coming to us with their concerns.

Encouraging students to stand up for one another can complement broader prevention and response efforts and will result in a better climate at school for a number of reasons. First, it reinforces the mind-set among students that they are all members of the same community where everyone is looking out for one another. How can a school claim to have a positive climate if incidents of harassment are ignored, dismissed, or trivialized by students? Second, there is a greater chance that school personnel will adequately address inappropriate behaviors if students who witness such behaviors are emboldened to take action. If students know that any participation in cyberbullying is likely to be met with disapproval from classmates and, ultimately, potential consequences from school administrators or parents, they will hopefully reconsider their involvement in these behaviors.

Finally, we shouldn’t assume that all students will have the skills necessary to move from “standing by” to “standing up.” Instead, we should provide them with opportunities to learn what to do in specific situations. Educators can also use role-playing to help students develop strategies or bring students together in small groups to brainstorm and talk about these and other appropriate response techniques for a variety of situations, before they arise, which can help empower students to do the right thing when the time comes. They can also take advantage of the skills, experiences, and knowledge of older students to educate the younger ones about these issues. Taking some time to equip students with effective response skills will pay dividends in the long run as educators work to prevent bullying and develop a positive school climate.

Adapted from School Climate 2.0: Preventing Cyberbullying and Sexting One Classroom at a Time