Does Bullying “Cause” Suicide? 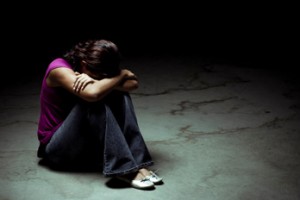 The title of Deborah Temkin’s recent Huffington Post article is a simple request: “Stop saying bullying causes suicide.” Her plea is understandable and justified. Sameer and I also cringe when we read the ubiquitous headlines espousing the conventional wisdom proclaiming that “bullying causes suicide.” But what does the research actually say about the nature of this relationship?

Temkin rightly points to a handful of studies that have shown that there is some truth to the assertion that bullying plays a role in some suicides. But it is also true that most teens involved in bullying do not die by suicide. Most people who have spent some time exploring the connection understand that, like any association in the social sciences, it is often much more complicated than simply X causes Y. There are a number of known factors related to suicide that, combined with other situational or enduring life stressors (such as bullying), can predict risk. But even so, most people who experience these do not commit suicide.

I think it is just as important to remember that, as inappropriate as it is to assert that “bullying causes suicide,” it is perhaps equally incorrect to say that “bullying does not cause suicide.” The frank truth is that we really don’t know. I’m not aware of any research that has tested the “bullying causes suicide” hypothesis that has returned null findings. Most research that I am aware of, including the few samples where we include questions about suicidal ideology and attempts, shows a significant, though admittedly modest relationship in the expected direction (namely, that experience with bullying is a factor in suicide). Not the opposite. Of course there are other variables, like the risk factors noted above, that play an important role.

One realization I have come to over the last several months and years is that it is not helpful to tell a grieving family that bullying was not the cause of their child’s death, when in their hearts they know it to be. I am not going to stand in front of them and tell them that they are wrong. Here’s what we do know: most young people who are bullied do not resort to suicide. Some do. Whether it’s causal or correlational or part of a whole constellation of co-occurring challenges in the lives of certain youths, how does that really change what we all are trying to do? We seek to inform the problem of teen suicide with data, and the empirical and anecdotal data that do exist (however limited) lends more credibility to a relationship than not. Please don’t misread this as defending the media for often misrepresenting the nature of the problem, but we shouldn’t overplay our hand either.

So I would offer an addendum to Temkin’s HuffPost appeal.  Yes, people should “Stop saying bullying causes suicide.” But we also shouldn’t say that it doesn’t. The honest answer is that we really don’t know a whole lot about why some teens who are bullied consider suicide whereas the vast majority do not. As in many cases we write about on this blog, more research is necessary.

By the way, if you or a friend is contemplating suicide, please contact the Suicide Prevention Hotline at: 1-800-273-TALK.