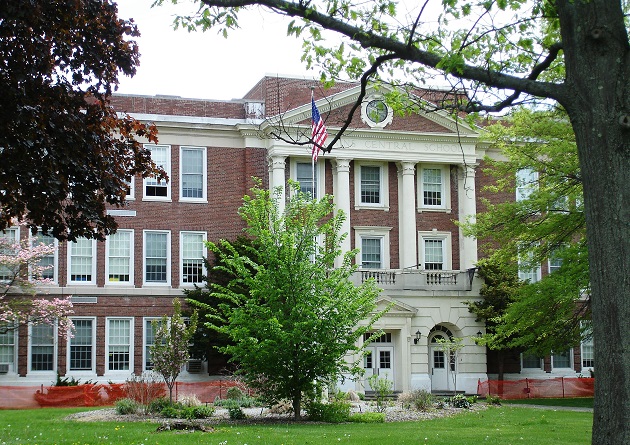 A new bullying case has emerged from the Second Circuit Court of Appeals (New York) which demonstrates that schools could potentially be held liable for monetary damages even in cases where they do take steps to respond to harassment that occurs in school.  The point this particular case makes is that a school response needs to be effective to be sufficient.

According to court documents, Anthony Zeno moved to Stissing Mountain High School mid-way through his freshmen year (in 2005).  Very early on he was inundated with threats and subject to racial slurs from students at the predominantly white school (Anthony is half-white and half-Latino). When his mother reported the first incident to the school, principal John Francis Howe reportedly told her that: “this is a small town and you don’t want to start burning your bridges.” So the harassment continued. Anthony repeatedly reported incidents to the school and his mother contacted the District superintendent and school board. Nobody at the District level responded. In some cases individual students were warned and even suspended, but the behaviors continued.

The incidents escalated in his sophomore year with students threatening him in the cafeteria and on the football field.  “Zeno is dead” and “Zeno will die” was scrawled on the school bathroom walls.  In multiple occasions he was threatened with specific references to a lynching.  Again, the school responded by suspending the students for individual cases and even moved one of the aggressors to another school. Principal Howe asked staff to keep an eye on Anthony.

Despite the racially motivated nature of the threats, the school’s Title IX compliance officer did not investigate the allegations (she is also responsible for enforcing Title VI of the Civil Rights Act of 1964 which prohibits recipients of federal funds from discriminating on the basis of race).  During Anthony’s sophomore year, the school contracted with an individual to provide information to students, staff, and parents on bullying and harassment, but the program did not include any substantive discussion of racial discrimination.  In his junior year, the school hired someone to train faculty and staff on racial diversity and stereotypes and to conduct student focus groups and surveys.  No actual training was conducted that year however.

The incidents continued into his senior year. Though less frequent, they reportedly became more serious. According to the lawsuit, in one incident “a student called Anthony’s sister a ‘slut’ and threatened to kick Anthony’s ‘black ass.'” There was a fight and one of Anthony’s friends was choked to the point of losing consciousness.

Because of the daily harassment, Anthony struggled with his academic work and fell behind.  He didn’t have enough credits to graduate with a full diploma so he settled for an “IEP diploma” which allowed him access to some community colleges but would make him ineligible for the military, trade schools, or more comprehensive post-secondary education.  He didn’t think he could endure another year or two at that school.

In July of 2007 Anthony sued the school, alleging discrimination based on his race.  He argued that he was denied educational benefits as a result of the racial harassment. The trial began in March of 2010 and a jury found that the School District had violated Anthony’s civil rights under Title VI and awarded him $1.25 million.  A subsequent district court ruling reduced that award to $1 million plus attorney’s fees.

The Second Circuit Court of Appeals concurred with the earlier ruling, agreeing that the school was deliberately indifferent to the harassment that was taking place, even though punishment was meted out after most incidents.  The court pointed out that victims “do not have a right to specific remedial measures” (p. 26), but noted that “the sufficiency of a response, however, must be considered” (p. 34).  Even though the school District “suspended every student who was identified as harassing Anthony” (p. 33), the behaviors became increasingly severe.  As such, the court agreed that the school should have done more.

What educators should take away from this ruling is that once they learn of harassment taking place, they have an obligation to do everything in their power to ensure that it stops.  Simply disciplining the student who did the bullying, without following up to make sure that it actually stops and that the person targeted is safe, is not enough. Applying discipline and implementing new programming is only sufficient to the extent that the behaviors desist.  Citing Wills v. Brown University the court stated: “[E]vidence of an inadequate response is pertinent to show fault and causation where the plaintiff is claiming that she was harassed or continued to be harassed after the inadequate response.” The jury in Anthony’s case found, and the appellate court agreed, that “the District’s additional remedial actions were little more than halfhearted measures” (p. 38).

Implementing a particular response without concern for its efficacy evidently is not enough to protect a school from a claim of deliberate indifference. Responses to bullying need to be targeted (focusing on the nature of the harassment), comprehensive (long-term recurring programming vs. a one-time brief presentation), and effective (the bullying has to stop or at least be reduced significantly in frequency and seriousness).  Due diligence involves more than just applying an immediate response – it demands that the response move behaviors in the desired direction.