The Secret to Safety on Anonymous Apps 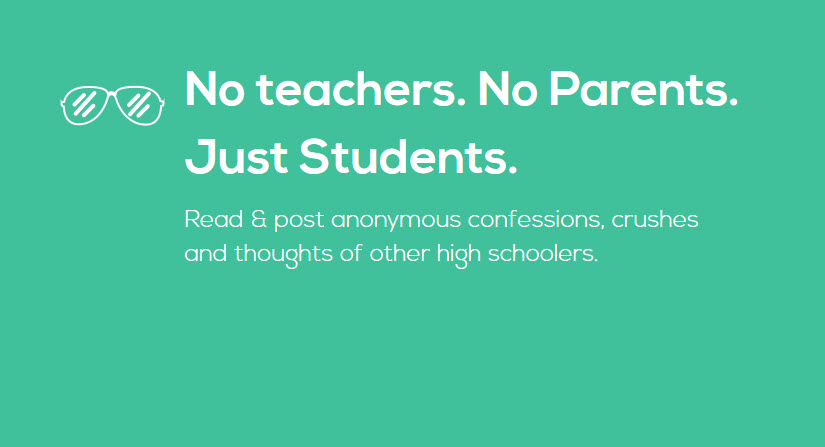 Despite the recent flurry of increased media attention, anonymous online environments and mobile applications have been around for many years. The social media site Formspring.me arguably introduced the world to the potential consequences of anonymous communications when it launched in 2009. Long before that, though, users routinely created fictitious MySpace profiles or pseudonymous online blogs. Formspring was apparently ahead of its time because it ceased operations in 2013 due to a lack of interest (and funding). Since then, however, being anonymous online has again become fashionable. Newly discovered apps like “After School” and “Brighten” have joined “Yik Yak,” “Whisper” and “Ask.fm” to attract the attention of adolescents interested in underground or seemingly untraceable interactions.

The Attraction of Anonymous Apps

As I’ve argued before on this blog, I don’t believe teens are lured to anonymous apps only because they want to engage in lurid activities without concern for accountability. They generally just want to chat with friends without adults always in the room; or to share information or thoughts without risk of acquiring a permanent label; or to explore differing perspectives in a way that allows them to start over and try again if necessary. Posting to a Facebook or Instagram profile—even if set to “private” (and therefore restricted only to approved “friends” or “followers”)—doesn’t really allow for any of this.

Anonymous posting can be advantageous for those who are exploring particular beliefs and ideas that they wouldn’t necessarily want to go public with just yet. If I’m trying to figure out who I am politically, religiously, or morally, posting publicly may be too high of a price to pay for this exploration. Maybe I have an interest, identity, or orientation that would be marginalized at my school. Anonymity allows me to probe those parts of myself without being rejected or ostracized. These spaces also enable me to post writings or other artistic creations in a way that can attract constructive criticism without risking long-term damage to my self-esteem. Indeed, some of the greatest works of literature were initially published anonymously.

The Fiction of “Anonymity”

Even though these apps all market themselves as anonymous, they really aren’t. Of course, the general public might not know who is posting what, but administrators of the apps surely do. With “After School,” users connect via their Facebook profiles. “Brighten” requires users to authenticate by text message. And even though “Yik Yak” doesn’t require users to sign up at all, they still do know who’s connected to their platform. Every device that connects to the Internet is assigned a unique identification number which can be used by authorities to track down its owner. Moreover, web-based interactions can be traced using Internet Service Providers and IP addresses. The reality is that it’s a lot easier to determine the author of a threat posted anonymously online than one written on a piece of paper found at school.

More accurately, these apps could better be described as ‘confidential’ rather than anonymous. The companies essentially agree to keep their users’ identities private. But when it comes right down to it, someone can (almost always) track you down and “out” you. Indeed, there are many examples of people who’ve posted problematic content to “anonymous” apps who’ve ultimately been found and held accountable.

The Antidote for Online Anonymity

Instead of chasing down the latest app or social media site, parents need to teach their children to use all technology tools safely and responsibly. The strategies for smart use stay largely the same across ever-changing platforms. We should regularly remind our kids not to post anything that they think could be perceived as being unkind. They also shouldn’t endorse the hurtful comments of others by liking, sharing, or even just ignoring what is mean. All reputable online environments prohibit harassment and threats, and users who continue to post content that violates community standards should be blocked. Empower teens to do their part as good digital citizens by reporting cyberbullying to the administrators of the app, and remind them that doing so doesn’t reveal them as the person who reported (the app protects the identity of those who make the reports).

It’s also important for youth to know that very little is truly anonymous online. It’s like telling your best friend a secret: they may keep it to themselves, or they may broadcast it to the whole school. In either case, you are no longer in control of the content. Remind teens not to post anything online they wouldn’t want the whole school (including teachers!) to see. If they cross the line and say something that is cruel (or criminal), they should be prepared to face the consequences.

Administrators of anonymous apps also have a responsibility to take safety seriously. They need to moderate comments so that patently offensive stuff doesn’t make it through. They need to provide user-friendly tools to report the hurtful content that slips by the automatic filters. They need to respond quickly to these reports and remove anything that violates their Terms of Service. Repeat offenders should have their accounts deleted. App administrators also need to cooperate with law enforcement when content becomes criminal. We strongly suggest that teens boycott all apps that fail to provide these basic protections. There are plenty of other places online to hang out.

Anonymity isn’t an antonym for accountability. If someone is using it as a cloak from behind which to lob attacks at others, the privilege of privacy should be revoked. A while back someone created a Facebook page that included content that was very hurtful to a family of a teen who had committed suicide. Since it was a “page,” and not a profile, there was no way for the public to know who created the content. But Facebook knew. We contacted them many times, but they balked at removing the content (citing “free speech”). After a lengthy back and forth about why they shouldn’t allow such content on their site, they contacted the creator of the page and forced him or her to post it as a profile (which requires identification) instead of a page (which can be anonymous). Not surprisingly, the creator quickly removed the page.

We do have free speech rights in the United States, but that doesn’t mean we can say whatever we want without repercussions. As Mandeep Dhillon, creator of anonymous app “Fess” remarked back in 2014 “anonymity in our context is not the same as having no responsibility.” Safety and civility is everyone’s responsibility. We all have a role in ensuring all online environments are free from bullying.