Digital Dating Abuse Among Teens: Our Research, and What We Must Do 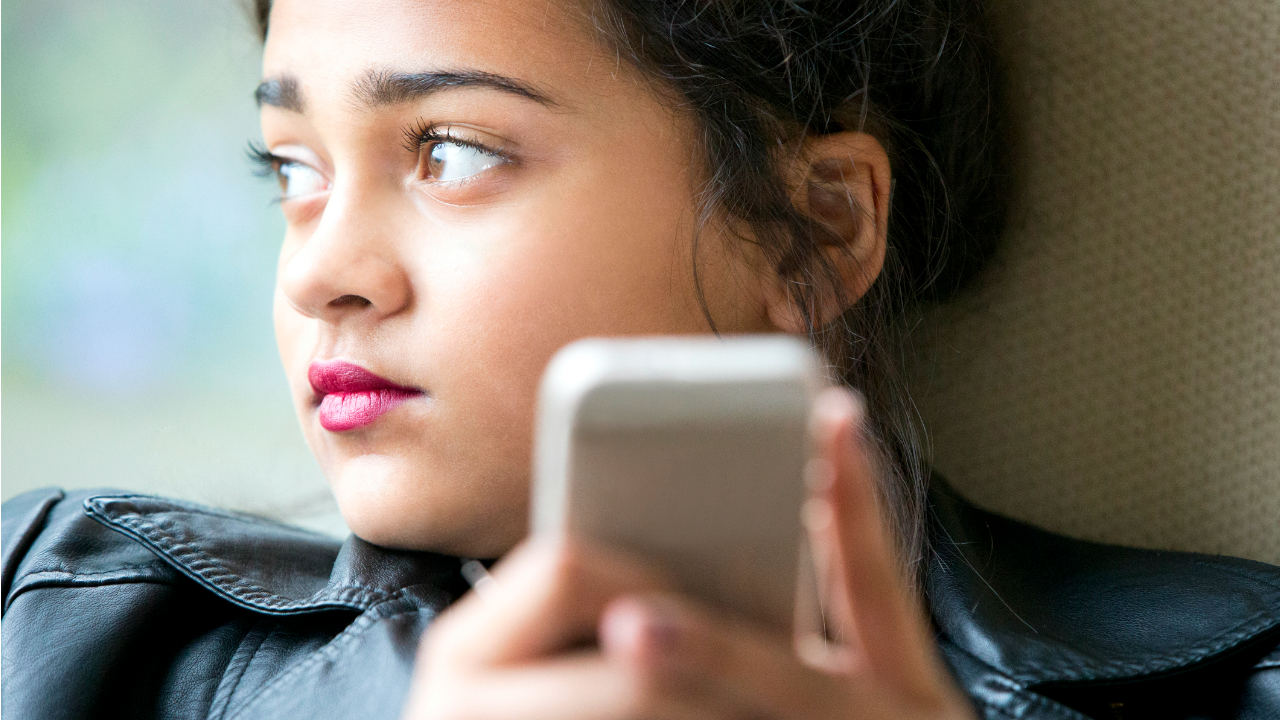 February is Teen Dating Violence Awareness Month, and we’re doing our part to help equip and empower young people to make wise decisions in their romantic relationships. Most recently, we published a new research paper entitled “Digital Dating Abuse Among a National Sample of U.S. Youth” in the Journal of Interpersonal Violence to illuminate how dating violence is manifesting online.  “Digital dating abuse” involves using technology to repetitively harass a romantic partner with the intent to control, coerce, intimidate, annoy or threaten them. Given that youth in relationships today are constantly in touch with each other via texting, social media, and video chat, more opportunities for digital dating abuse can arise. Our study is the first to examine these behaviors with a large, nationally representative sample of 2,218 US middle and high school students (12 to 17 years old) who have been in a romantic relationship. Before delving into our study’s results, let’s first clarify what we mean in practice.

There are multiple ways in which teens can exploit online communications devices to cause harm to a current or former romantic partner. Teens may be excessively mean-spirited and hurtful to their significant other when interacting with them online for the same reasons that those who cyberbully or troll others do (such as anger or a felt need to exert power).1,2 In addition, privacy violations can occur as youth incessantly check up on, keep track of, and even stalk their partners via their device(s) and certain apps like Life360 or Hoverwatch. Teens can also hack into or otherwise obtain unauthorized access into their partner’s personal social media or email accounts. In addition, some aggressors have improperly obtained and used private pictures or videos to blackmail, extort, or otherwise manipulate their romantic partner into saying or doing something against their will. We’ve even heard of situations where one person pays for the other’s cell phone (and/or monthly bill), and then feels entitled to constantly check and monitor who their partner is communicating with (calls or messages). It can look like other forms of harm and victimization online, but it occurs within a context that involved flirting or romance and thereby reflects a unique violation of trust and care towards another.

You can download the full PDF of our new academic paper here (if you don’t have access, just message us!) which shares that over one quarter (28.1%) of teens who had been in a romantic relationship at some point in the previous year said they had been the victim of at least one form of digital dating abuse. These included whether their significant other:
looked through the contents of your device without permission
kept you from using their device; threatened you via text
posted something publicly online to make fun of, threaten, or embarrass you; or,
posted or shared a private picture of you without permission

Over one quarter (28.1%) of teens who had been in a romantic relationship at some point in the previous year said they had been the victim of at least one form of digital dating abuse.

It has been argued that youth of a certain sex may use behaviors more typical of the opposite sex when dealing with conflict in relationships. For instance, girls may use more violence on their boyfriends to try to solve their relational problems, while boys may try to keep in control of their aggressive impulses when trying to negotiate conflict with their girlfriends.3 That is exactly what we found. Males were significantly more likely to have experienced digital dating abuse compared to females (32.3% vs. 23.6% when it comes to victimization, and 21.6% vs. 14.2% when it comes to offending), and more likely to experience all types of online and offline dating abuse, including physical aggression.

The Link Between Offline and Online Dating Abuse

We also found a significant connection between digital and traditional forms of dating abuse: the vast majority of students who had been abused online had also been abused offline. Specifically, 81% of the students who had been the target of digital dating abuse had also been the target of traditional dating abuse (i.e., they were: pushed, grabbed or shoved; hit or threatened to be hit; called names or criticized, or prevented from doing something they wanted to do). Students victimized offline were approximately 18 times more likely to have also experienced online abuse compared to those who were not victimized offline. Similarly, most of the students who had been the victim of offline dating violence also had been the victim of online dating violence, though the proportion (63%) was lower.

What Must Be Done to Combat Digital Dating Abuse?

As we observe Teen Dating Violence Awareness Month, there appears to be a general lack of knowledge associated with what exactly can be done about digital dating abuse apart from more conversations with youth about healthy romantic relationships and the positive use of social media, and general Internet safety practices.4-7 We applaud youth-serving adults who are bringing up cyberbullying and sexting when discussing inappropriate online choices, but we remind them to also discuss how power, control, passive-aggressiveness, and abuse can occur via devices between romantic partners. Our youth often want to be in dating relationships and need to be aware of how things can go sideways – and what to do when that happens.

Additionally, research has found that certain educational programs can help change belief systems around dating violence by reducing rape myth and gender violence acceptance,8 emboldening bystanders to provide support to friends,9 and teaching youth how to stay safe in romantic relationships.10 However, we still are not sure what programming can be implemented across large swaths of schools to meaningfully reduce offending or victimization.11 It is one thing to affect attitudes and beliefs, but if those attitudes and beliefs do not translate to changes in behavior among youth, we must work harder to resolve the disconnect. Finally, more of us need to model and educate youth on what constitutes a healthy, stable relationship – and what betrays a dysfunctional, problematic one. Justin and I hope that our efforts here will provide more information on the context, contributing factors, and consequences of these behaviors, and can help develop the policies and programs we need to develop to address all forms of dating abuse.

(Outside of the academic article referenced above, we also have created a new PDF resource for you to download entitled “Digital Dating Abuse: A Brief Guide for Educators and Parents” – check it out and feel free to circulate it!)

2.         Rosenbaum A, Leisring PA. Beyond power and control: Towards an understanding of partner abusive men. Journal of Comparative Family Studies. 2003;34:7-22.