Chances are, Your Teen has NOT Sexted 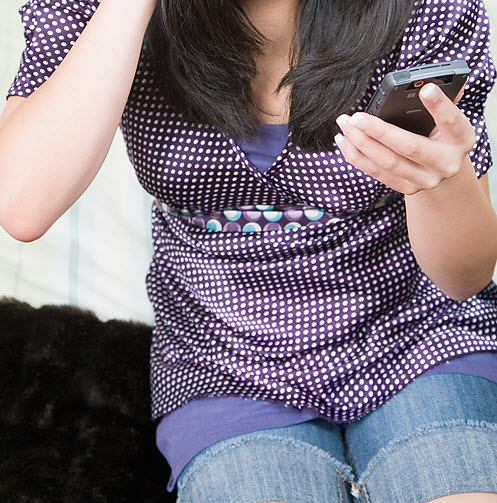 Despite a recent headline announcing the opposite, most teens do not sext. Kelly Wallace wrote an article for CNN back in November which was updated and reposted last week. Most of the content of the article is accurate, and I certainly appreciate that she referred to published research and interviewed people who know what they are talking about when it comes to issues involving teens and technology. The primary problem I have with the article, is the headline: “Chances are, your teen has sexted.”

This broad proclamation is based on a study involving a small sample (175) of undergraduate students from one university in the northeastern United States. Respondents were asked in an anonymous online survey whether they had, as minors, sent sexually explicit messages to others. More than half admitted that they had, leading to the conclusion, and corresponding headline, that the majority of teens sext. But is this assertion accurate?

What Exactly is Sexting?

We define sexting as “the sending or receiving of sexually-explicit or sexually-suggestive nude or semi-nude images or video” (generally via a cell phone or other mobile device).  Others have characterized it as “…the creating, sharing, and forwarding of sexually suggestive nude or nearly nude images by minor teens.”  Still others prefer to focus on “youth produced sexual images.” Most commonly, the term is used to describe incidents where teenagers take nude or partially nude (e.g., topless) pictures of themselves and distribute those images to others using their cell phones (although it is also possible to distribute such images via social networking sites and apps, email, instant messaging programs, and video chat). Usually the pictures are sent to significant others, but sometimes teens send them to those with whom they are romantically interested.

How Many Teens are “Doing It”?

What little research that has been done on sexting shows that a minority of youth are participating. We first summarized this research back in 2010. Back then, only a few studies had been done, but among those that had, between 4 and 19% of respondents had admitted to sending a sexually explicit image of themselves to others. In our own study, with data collected in 2010 from a random sample of over 4,000 middle and high school students, we found that 7.7% of students had sent a naked or semi-naked image of themselves to others.

Since our original review, a few new papers have been published. Based on a nationally representative sample of 1,560 students between the ages of 10 and 17, Kimberly Mitchell and her colleagues found that less than 10% of youth “reported appearing in or creating nude or nearly nude images or receiving such images in the past year.” Donald Strassberg and his associates found that less than 20% of the students from one private school in the southwestern United States had ever sent a “sexually explicit picture of themselves” via cell phone. Finally, Jeff Temple and HyeJeong Choi found that 28% of the students surveyed from 5 Houston area public schools had “sent naked pictures of [themselves] to another through text or email.” I wrote about this particular study in detail back in 2012 because the prevalence rate was so much higher than all of the other research we were aware of.

Even the study referred to in the CNN article pegs the prevalence rate of sending explicit images at 28% (the same as the Houston study). While this is on the higher end of the rates reported in the literature, it still means that the vast majority—over 70%—of students have not sent naked images of themselves to others. It’s actually more likely that your teen has had sex the old fashioned way (nearly half have, prior to graduation from high school) than sent a sexually explicit image to someone else.

The grossly misleading headline is based on the percent of university students (about 50%) who acknowledged that they had sent either an explicit image or an explicit text (without an image) as a minor. Restricting the definition of sexting to refer only to those messages that included an image (as most do) brings the number down to 28% (which is probably more valid). There is a big difference between sending a risqué text message and sending a sexually explicit image. It is like asking a sample of students if they have ever robbed a bank at gunpoint or shoplifted from the local market, and then treating those who had done either as the same (both are thieves!). There are very different legal and social consequences for such behaviors. To presume they are comparable, misrepresents the problem.

Teens’ Experiences with Sexting and its Consequences

While I agree with Diana Graber (who is quoted in Wallace’s article for CNN) when she asserts that teens have historically been clueless when it comes to the potential consequences of sexting (such as criminal prosecution), I do believe that they are increasingly listening and learning. More and more teens I communicate with understand the risks, and for those few who choose to engage in sexting, it is a somewhat calculated decision based on the (probably accurately) belief that the risks to them are less for sexting than for engaging in sex. They are not going to get pregnant or catch any one of the many scary sexually-transmitted diseases that has been grilled into their heads in Health Class. And even though there are hazards with sexting, odds are pretty high that they will not get caught or formally punished. Adults who continually preach to youth that they will be are not being genuine, and teens will quickly dismiss their perspective when their personal experiences contradict that which is being threatened. That is, if one out of every four of my friends is doing this, and none has been caught, punished, or prosecuted, what do I have to worry about?

I do disagree, however, with Graber (who runs cyberwise.org, a website with great information to help adults get up to speed about technology issues) when she asserts in the CNN article that sexting is “very normal teenage behavior.” It is not normal, even if it is more common than most parents think. And it does a disservice to teens to tell them that it is. The proliferation of these misperceptions – created and perpetuated by the social group, popular media, and culture – can normalize the behaviors and even attract more participants, eventually leading to the behavior taking on a life of its own. Telling teens that “everyone is doing it” legitimizes the behavior and may erode any apprehensiveness they may have had about doing it.

It is true that a wider swath of students is involved in these behaviors than was commonly assumed. Sexting isn’t just something done by at-risk teens with care-free sexual attitudes who have nothing to lose. And just because your child probably hasn’t sexted, doesn’t mean this is an issue you can avoid discussing with them. We need to give youth all the information we can to ensure that they will choose not to engage in sexting. Or at least if they decide to do it, they shouldn’t be surprised if something bad happens to them as a result. Explain to them that these images could be exposed to others or even posted online for all to see (even when sent using apps that purport to be private). Tell them that some students do get into very serious legal trouble, because technically, creating, possessing, or distributing explicit images of minors is a crime. Encourage them to explore their sexuality in healthy—and private—ways. Armed with accurate information about the nature and extent of the behavior, and the potential consequences, families can work together to ensure the responsible use of technology within a romantic relationship.