If it takes a village, where is that village? Reflections on the Dolphins’ bullying case 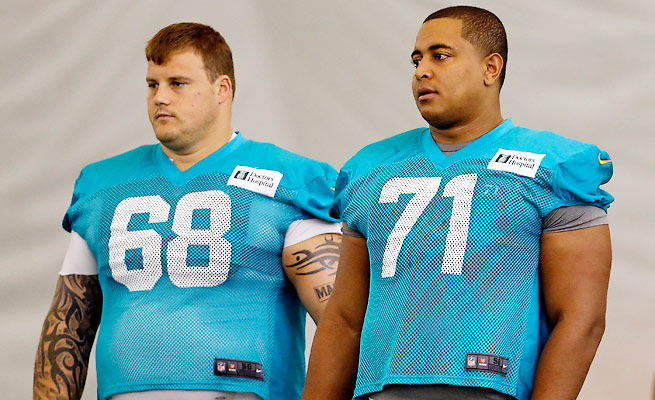 I’ve been studying the phenomenon of bullying for my entire professional life, and as much as I believe the best about others, I also have discovered that boys, girls, men, and women do not always *naturally* know the right thing to do.  To be sure, they eventually learn what is socially acceptable in many situations, but not in all.  And as we get older, the situations become more complex, and are acted on by many outside forces such as peer expectations, conflicting worldviews, personal insecurities and dysfunctions, and the sometimes miserably difficult nature of life.  And in this murkiness eventually surfaces major problems.  I think of teens taking their lives in part because of bullying.  I think of child abuse and domestic violence and sexual assault.  And I think of many other wrong choices and behaviors where one person ends up really hurting someone else.  Like in the Miami Dolphins’ maelstrom involving Richie Incognito and Jonathan Martin.

We’re familiar with what has occurred, and the story seems to be getting more complicated and implicating more individuals every day.  But let’s take a moment to focus on Incognito and Martin to determine if this could have been prevented (at least in part) if we magically were able to go back in time and influence their lives while growing up.  Of course, we can’t, but if something can be learned, it can be applied to the teens we do have in our lives right now.  And maybe, just maybe, it will compel us to act in ways that reduce the likelihood of a similar outcome in the future.  We must remember that this doesn’t just affect two people, but has reverberations throughout the NFL, sports (with the NBA recently acting to prevent hate and harassment), and adult workplaces in America and beyond, and therefore – by extension – touches every area of our society.

The general sense from media reports about Richie Incognito was that he probably overstepped a line when it came to the way he interacted with Jonathan Martin who – assumedly – was just different in personality and constitution from him (and perhaps other NFL football personnel who believe Martin is soft, weak, and emotional).  Perhaps those differences elicited some sort of reaction in Incognito.  Some might say that reaction was hateful, but since we still don’t know all the facts, let’s at least agree that it was disrespectful and mean.

Perhaps it’s easy to condone or justify his actions because of a shared group mentality about how an offensive lineman should be, or about how a football player should be, or about how a man should be.  However, from our extensive work with teens of all ages who are continually fighting battles to be included in one group and while not excluded in another group, we have learned that discrimination and stereotypical worldviews about how others should or not be, act, speak, or look is one of the major roots of bullying.  Somewhere along the way, there likely was a marked failure of social institutions in Incognito’s life (school, family, faith-based organization, sports teams along the way, etc.) to teach and (more importantly) regularly remind him about peer respect, tolerance, and acceptance of individual differences.  Would Incognito (and perhaps others) have treated Martin with hate (at worst) or callousness (at best) if those lessons has been deeply branded upon his mind and heart?  Maybe, but I doubt it.

On the other side of the issue we have Jonathan Martin, who by media accounts is perhaps more sensitive than many of his peers in football – or, perhaps, is at least more open in vulnerably demonstrating that sensitivity.  He may be struggling with some deep-seated issues, or he may simply have been subjected to repeated bullying to the point of breaking him.  Here again, I believe that social institutions have likely failed him.  Let’s say that he wears his heart on his sleeve.  I can relate to that – I’m the same way (for better or for worse).  I don’t imagine this is a recent development in his life, and so I will speculate that Martin has been this way and if so, has likely dealt with mistreatment from others before.  To me, that means that there were likely opportunities from parents, from coaches, from teachers, and other adults to provide counsel, wisdom, encouragement, and specific techniques and strategies to deal not only with bullies but also with heavy emotions when life gets really hard.  The fallout from this case has happened quite suddenly, but I imagine there were requests and cries for help all along the way that were dismissed or ignored.  Perhaps this has been the story of Martin’s life.  I am not sure; all I know is that this happens.  People try to get help, and/or never receive the guidance and support they need, and then a major awful event happens.

For adults like Incognito and Martin (and perhaps for many others in sports and other spheres of life), there has probably been a massive failure somewhere along the line.  For Incognito, perhaps no one really taught him how far is too far (and no one seemed to care enough to stop him, either).  For Martin, perhaps no one was able to fully be there for him, to counter feelings of exclusion and rejection with feelings of inclusion, respect, and esprit de corps.  Both of these failures could happen to anyone, and are happening to so many around us.  And all of this begs the question: what are you doing about it?