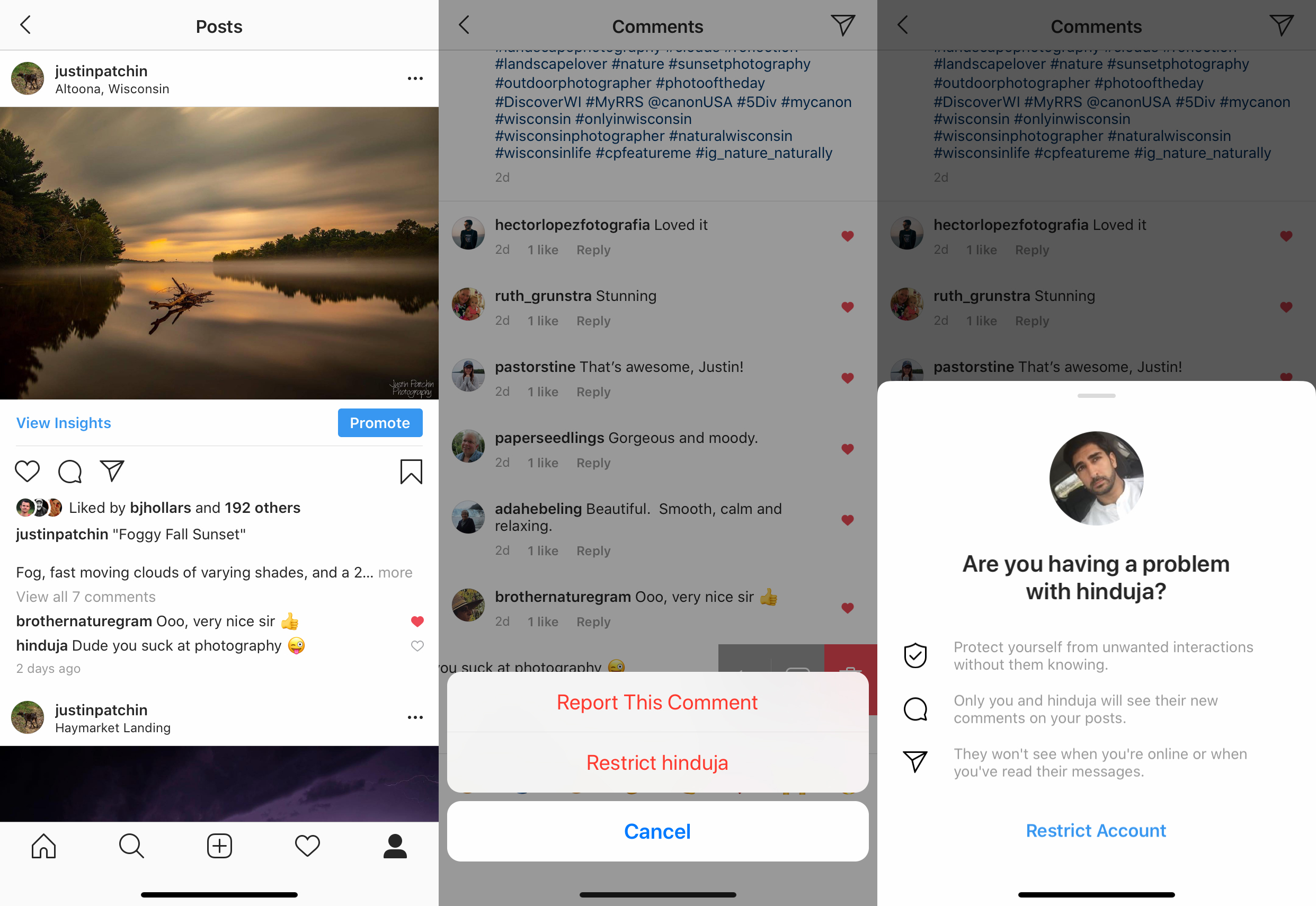 Last summer the head of Instagram, Adam Mosseri, announced that the platform would be taking more of a leadership role when it comes to tackling online bullying. With over a billion active users, they are well positioned to make an impact.

In a message to users, he discussed some ways Instagram has been using technology to minimize hurtful behavior. Artificial Intelligence (AI) algorithms can identify potentially problematic comments, for instance, and cue the poster to possibly reconsider before clicking “post.” It is hard to know how effective this prodding is, and whether users actually refrained from posting once they were cautioned about the questionable nature of their post, but the idea is nice (first introduced by Trisha Prabhu five years ago). Instagram is continuing to refine its AI capabilities to detect problematic and harassing content in real time, but it isn’t easy to work through all of the issues related to the context of communications and the nuances of human expression. As I’ve written about previously on this blog, it is often difficult to distinguish between hurtful bullying and friendly banter when it comes to third-parties observing online (or offline) behavior.

Mosseri also announced a new feature that officially launched this week, called Restrict, that gives users an additional tool to deal with those who might want to be mean. Restrict allows users to, well, restrict who can see comments posted to images. Just swipe left on a specific comment and you will be given options to report the comment or restrict the user. If, for example, Sameer posts a mean comment to my most recent photograph, I can Restrict him, which would make the comment visible to just him and I. None of his or my friends will see that he commented. Even he doesn’t know that he has been “restricted” (in terms of his visibility to others). From his vantage point, nothing has changed in our online relationship. I can elect to approve his comment, in which case others will be able to see it. But I don’t have to. Also, if I restrict Sameer, his direct messages to me will be automatically sent to a spam folder (the “Message Request Inbox”). I can read them, but don’t have to. Here again, he would have no idea if they are read or not. He also wouldn’t be able to see when I am active on Instagram.

Most online platforms already allow users to block others. I find this feature quite useful on Twitter when individuals tweet or reply to me in a way that is unproductive or even hurtful. Going back to my example with Sameer, if I were to block him, he wouldn’t be able to access my profile (let alone comment on it). At least not from the account that was blocked. He would know I blocked him because he wouldn’t see my profile. Moreover, I would not be able to see what he posted on his own profile or on other friend’s profiles (which could be about me). “Blocking” completely separates us online, whereas “restricting” allows the online relationship to persist, with some controls on what is seen, and by whom.

Another reason those who are being targeted don’t like to block those who bully them is because they don’t want to deal with any drama or fallout that might come when they encounter that person at school. With Restrict, the aggressor doesn’t know they have been restricted, though the lack of response to comments or messages might aggravate or annoy the aggressor, perhaps leading to some backlash in some other way (e.g., at school).

Finally, relationship situations often change over time (particularly in adolescence). Sometimes we just need a break from someone. Given that reality, Instagram allows users to easily unrestrict others very easily. It isn’t as blunt a tool as blocking or reporting can be. I might still like Sameer but just don’t appreciate how he is treating me in this moment. Restricting him temporarily can help me through this difficult phase in our relationship, without further aggravating it.

Of course as a researcher, I would LOVE to study this new feature. As it becomes more well known, we will certainly ask youth if they have heard of this and if they have used it. But ultimately the question is: does it work? Is bullying really thwarted with such a simple tool? I am in favor of anything that puts more control in the hands of the user, but I still wonder if something as complicated as bullying can be so easily stopped. And since we know that most online bullying is related to offline relationships, I worry that something like this might lead to offline problems, at least in the short term.

Have you used the Restrict feature? Has it worked for you? Did you encounter any unintended consequences?