Pandetiquette: Keeping the “Social” in Social Media During Times of Profound Polarization 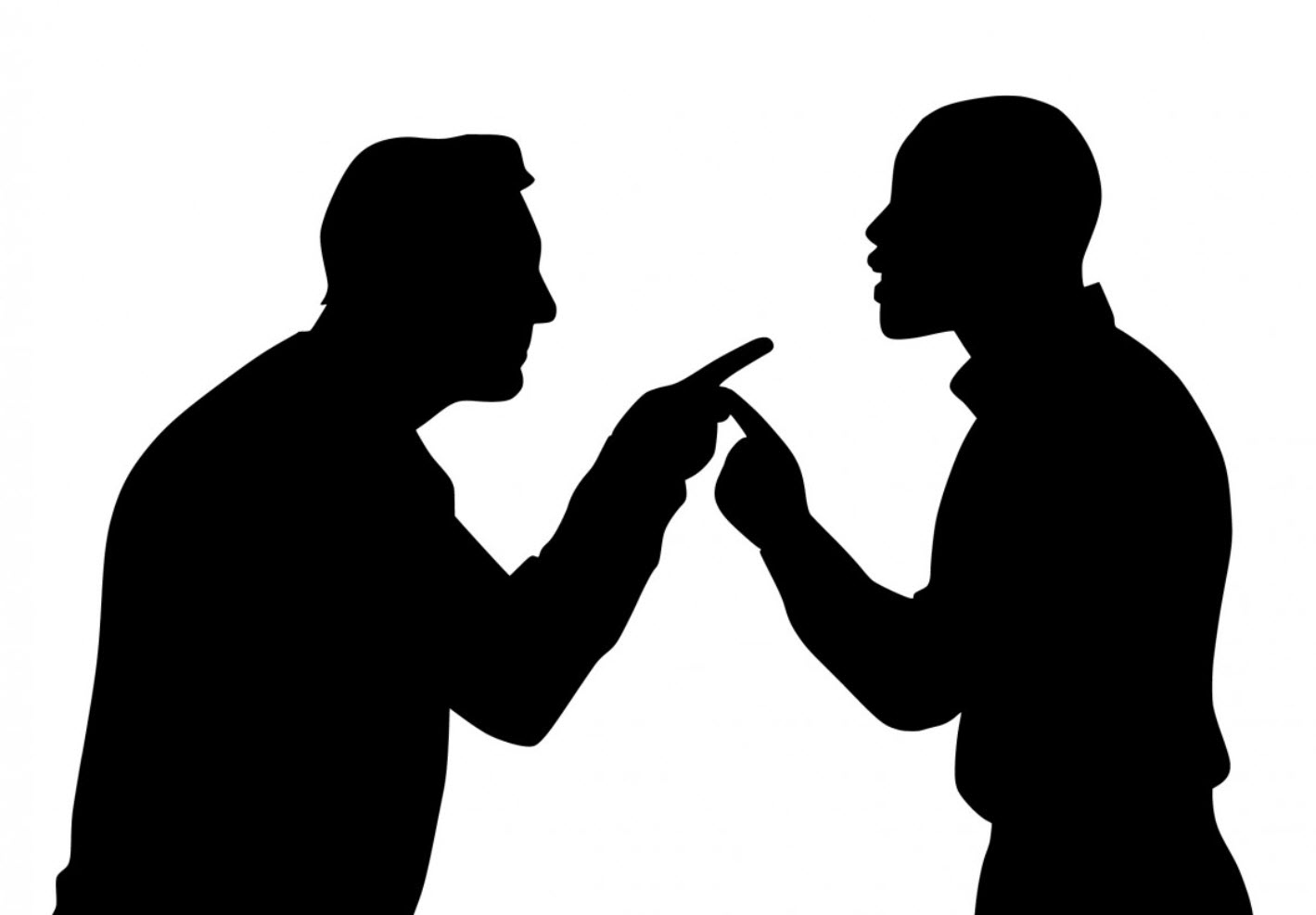 I’ve found myself unfriending, unfollowing, and muting more and more people on social media lately. Given the political situation in the United States (and in my home state of Wisconsin) over the last decade, the fact that animosity online has only increased as my patience dwindles says something about the current state of things on “social” media.

For better and worse, I pride myself in curating a diverse representation of perspectives in my newsfeeds. I’m connected to diehards on both ends of the political spectrum. On any given day I see competing commentaries about certain elected officials or hot button contemporary issues. I am fine with disagreement. In fact, I appreciate a good debate, if it is argued respectfully and in good faith. I yearn to learn, and while bold-lettered bumper stickers and excessive exclamation points aren’t likely to change my mind, thoughtful evidence-based discourse just might have me considering an issue more comprehensively.

But is that even possible on social media?

Are minds these days even open to contemplation or analysis, let alone change?

I don’t think that means we should give up. It’s a mistake to isolate ourselves from those who think differently than us. Pretending they don’t exist, or that their perspectives don’t matter, creates the kind of intractableness that leads to situations like what we currently find ourselves in. Communication and empathy are foundational pillars of understanding. Without both it’s easier to devolve into bellicosity.

This is the first of two posts where I discuss my thoughts on what I am sheepishly calling pandetiquette: the capacity to interact civilly when disagreeing with people online during this particularly divisive time (see Part 2, about misinformation, here). It isn’t easy managing disparate relationships while keeping sane on social media – especially now while everyone is understandably more anxious and irascible. I want to offer some perspective on how we can keep the social in social media at a time of seemingly insurmountable opposition.

The instinct for many of us when confronted with an unpopular viewpoint online is to keep scrolling. And honestly, in many cases, that is the best course of action. It might not be worth your time, energy, or mental health to get involved in a lengthy acrimonious debate. But when it comes to inaccuracies or misinformation, I think it’s ok–even necessary–to engage. I’ll go into the issue of misinformation in much more detail in Part 2 of this series, but for now, below are a couple of thoughts to keep in mind when deciding if you should respond.

What is the nature of your relationship with the person posting the information? Is this a close friend or family member, or a friend-of-a-friend whom you’ve only met one time? Is it someone you have never met who posted a comment to a public news article? Is this person generally reasonable and respectful to others online? Before getting involved, think about how that person might respond. The closer you are to the other person, the more appropriate it is to weigh in. Presumably, close friends and family members know you well and will appreciate your reasoned thoughts. At the very least, they will understand that you are not intentionally trying to be hurtful or irrational (assuming that you are not). When dealing with people you are close to, though, tread lightly, and interact as if you were speaking with them face to face . If you truly value your relationship with them (and they you), then you should be able to have a respectful conversation, even when discussing issues about which you vehemently disagree. How would you feel if the relationship were irreparably damaged as a result of something you said?

Do yourself a favor and resist entering the online octagon with a bunch of strangers. There might not be anyone in your corner to throw in the towel should things get really bad.

When it comes to complete strangers, it is almost always best to just walk away. Whenever I violate this rule, I invariably regret it. It is very difficult to change the mind of someone with whom you don’t have some kind of connection. It is just too easy to resort to personal attack. Most well-adjusted adults are able to control the most extreme of their emotions when conversing face-to-face with friends. When interacting with strangers from a distance, however, we are disinhibited, often behaving in ways we normally never would. We don’t have to look the person in the eye, or think about the next time we run into him at the family reunion. Emotions can easily overwhelm reason in these circumstances. Why do you think road rage is such a problem? Do yourself a favor and resist entering the online octagon with a bunch of strangers. There might not be anyone in your corner to throw in the towel should things get really bad.

Next, consider the issue.

Is the content posted patently false? Can it be easily debunked with a quick link to a reputable source? (More on this in my next post.) Is this something that could be harmful to others? Ignorance may be bliss, but it can also dangerous. Rage-fueled sophistry leads to situations like “pizza-gate,” where a 28-year-old man, armed with an AR-15 rifle and a handgun, opened fire in a pizza restaurant in Washington in 2016 because of online posts he had seen suggesting the place was trafficking children at the direction of then presidential candidate Hillary Clinton. There was never any real evidence of criminal behavior at the pizzeria, just online conspiracies. Some of which remain to this day. Making outrageous claims about misconduct cold inspire vigilantism, and provocateurs need to be quelled (and their behavior could be illegal).

Also consider whether you have a particular expertise in the issue being discussed. Do you have knowledge, training, or experience that makes you an authority on that very thing? The more specific, the better. I have a doctorate in criminal justice, but that doesn’t mean I am an expert on all aspects of the criminal justice system. In fact, my areas of study—cyberbullying, sexting, and other online issues that affect adolescents—often fall outside of traditional criminal justice. I couldn’t tell you the effect of body-worn cameras on police officer use of force, but I can evaluate social science research methods and know enough about basic criminal justice concepts and the law that I can point out blatant inaccuracies (I’ve taught university students for almost 20 years). My education and experience gives me the ability to discuss certain issues from the perspective of an expert. Will everyone accept that expertise and defer to me? Sadly, no. Can I still be wrong sometimes? Absolutely. But expertise can give a person more leverage in a disagreement. At least when the combatants are being reasonable.

And while your personal experiences necessarily color your opinion about a particular issue, it doesn’t mean everyone in that same situation had (or will have) the same result. One person’s experience is data—or more accurately datum, because it is a sample size of 1. Would you put much stock in a study with a sample size of 1? It shouldn’t be ignored, of course, but it also shouldn’t dominate public policy discourse (especially when referring to a relatively rare event). I may have won the lottery, but that doesn’t mean it is a good idea to follow any advice I give to invest your retirement savings in scratch-off tickets.

In the End, Be Kind

It is possible to disagree with someone online without being disagreeable. While you should embrace thoughtful debate, you shouldn’t stoop to—or tolerate—name calling, threats, or cyberbullying. Usually this means you have lost the argument, or at least have given up the moral high ground. Believe me, it’s hard to be convincing while cursing incoherently. If someone does threaten you online, be sure to report the content to the site or app. Even though social media companies are predisposed to allow just about anything on their sites, most Terms of Service prohibit cyberbullying and content that implies a legitimate threat of physical harm.

Also remember that others–including our children–are watching how we interact with others in person and online. Can we show them how to disagree with someone, even passionately, without resorting to an assault on their character? When I find myself getting worked up when interacting with someone online, I just imagine I am conversing with a family member. They may be wrong in my mind, but I still care about them as a person and will therefore tend to be more patient and understanding.

When I find myself getting worked up when interacting with someone online, I just imagine I am conversing with a family member.

If I have engaged in an online debate with you, it is only because I respect and care about you. There are good people on my friend lists with whom I emphatically disagree about important topics. I’m not looking to sanitize my newsfeed to include only information that conforms to my ideas. But I am looking for an honest and respectful discussion when something you’ve posted is inconsistent with what I know. I pledge not to resort to ad hominem attacks against you personally should you question something I post, and all I ask is the same in return.

I’m not going to unfriend you for disagreeing with me. I will, however, sever our social media tie if I believe you are being unreasonable or illogical, or if you are stubbornly holding fast to a particular perspective in the face of obviously reliable evidence to the contrary. I literally experience physical anxiety when I see people post ridiculously outrageous claims. This is a regrettable autonomic response that I simply cannot control. But I can control what I see over and over on social media and may need to remove it if it’s affecting my mental health. So instead of fighting with you and suffering emotionally and physically, I might need to step back. That doesn’t mean I’ve stopped caring about you, it just means I know that if I keep banging my head against a brick wall, I will get a headache. And it’s hard to contemplate the thoughtful arguments of others with a throbbing head.