Bullying is Not Just a Kid Problem 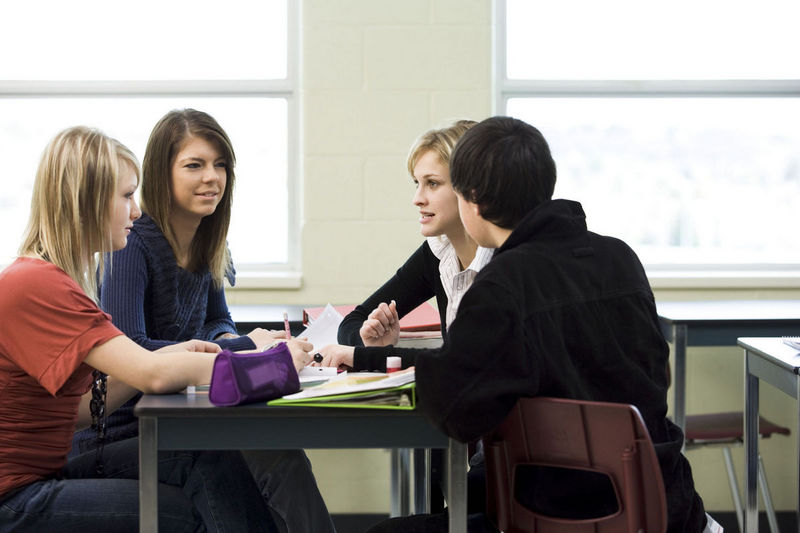 Cyberbullying among university students has been in the media a lot lately, with a particular emphasis on newer anonymous apps like Yik Yak and Burnbook. Last fall I wrote a post for my university’s Medium blog on the topic of bullying among college students. I thought I would re-post it here for those who may be interested:

October is National Bullying Prevention Month. For most of us, the term “bullying” likely conjures images of pre-pubescent boys pushing each other on the playground or teenaged “mean girls” spreading hateful rumors in the hallways. And while most of the fanfare this month is focused on primary and secondary schools and their students, bullying remains an issue of concern among college students as well. We don’t typically use the term “bullying” when referring to these behaviors as they occur between those over the age of 18, but whether we’re talking about harassment, hazing, intimidation, stalking or other manifestations of interpersonal harm, the consequences on a college campus can be quite significant.

University of Wisconsin-River Falls straight-A student Alyssa Funke took her own life this past spring after enduring harassment online after it was revealed that she had appeared in a pornographic video. Three San Jose State University freshmen were suspended from school and charged with hate crimes last year when they bullied their black roommate. And perhaps the most recognizable name when it comes to the potential repercussions of peer mistreatment on college campuses is Rutgers University freshman Tyler Clementi. In 2010, Clementi jumped to his death from the George Washington Bridge after he found out that his roommate and a friend had secretly recorded an intimate encounter he had with another man (and posted about it online). While his was an extraordinary case for many reasons, it thrust the issue of cyber-harassment among university students into the limelight (particularly as it related to LGBTQ students).

There is surprisingly little research available when it comes to the bullying experiences of university students. A study published in 2004 found that approximately 25% of college students had been bullied by another student (though only about 1% said it happened “very frequently”). A 2010 study found that 22% of students had been cyberbullied while in college. Research also suggests that those who were bullied at earlier points in their life are at a greater risk for experiencing bullying as a college student. Finally, a 2013 report produced by the American Educational Research Association points out that bullying among faculty and staff is also a serious, yet often overlooked problem. While more research certainly is necessary to better understand the nature and extent of harassment within a university setting, it is clear that these behaviors are impacting the quality of life on campus.

Depending on the circumstances, students or staff who mistreat others could be charged with criminal or civil rights offenses. In Wisconsin, for example, it is a misdemeanor for someone to use “computerized communication systems” to “frighten, intimidate, threaten, abuse, or harass another person.” It is also against the law to “harass, annoy, or offend another person.” Federal law provides for serious sanctions when harassment is motivated by bias or animosity toward another person’s race, religion, national origin or sexual orientation (as was arguably the case in Tyler Clementi’s case). In addition, many universities also have policies and procedures concerning these behaviors which could result in discipline or even removal.

We should, of course, promote productive dialog about challenging and even controversial issues, but these discussions and debates must occur within a civil and respectful climate. We should never attack anyone personally (physically, emotionally, psychologically, or otherwise) or force someone to do something that they do not want to do. We should stand up for those who are unable to stand up for themselves, keeping in mind that we are all in this together. We should embrace diversity (in all of its forms) for its ability to change us for the better. In short, there is a lot that each and every one of us can do to prevent bullying from negatively impacting where we work, live, and learn. Acknowledging that bullying is not just a problem relegated to the playground is perhaps the first step. What you do next to combat cruelty on your campus is up to you.