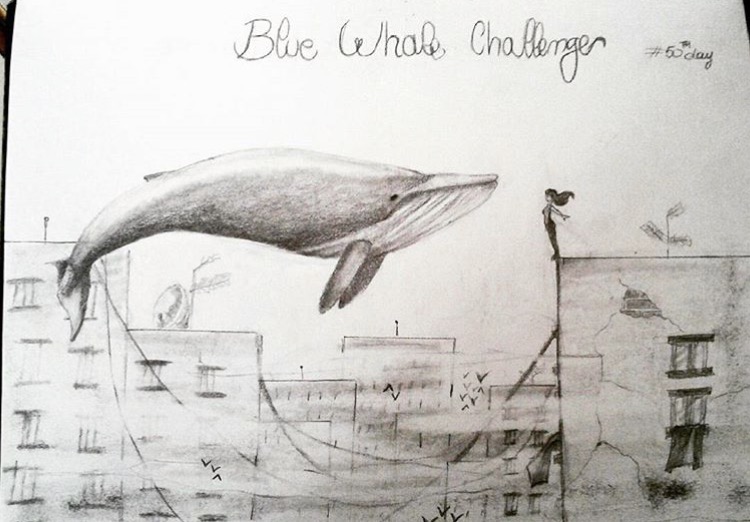 When you sign up for the “Blue Whale Challenge,” you are given a series of tasks over a period of 50 days. One day you could be told to watch a scary movie at 4:20am, while on another you might be required to cut yourself. On the 50th day though, to win the challenge, you must commit suicide. These are the stories circulating ever more frequently over the last several weeks here in the U.S. The truth about this mysterious Blue Whale, however, is harder to pin down.

We were first alerted to the Blue Whale Challenge—also known as the “Blue Whale Game” or “Blue Whale App” (though no such app exists in the app store)—in February. The term “Blue Whale” reportedly comes from the practice of some whales beaching themselves, thereby ending their lives.

The buzz had already been circulating abroad for many months before we’d heard about it. It appears that discussion of a Blue Whale Challenge began in Russia around May of 2016. There were reports emerging that dozens of primarily Russian youth had committed suicide as a result of participating in the challenge. As word began to spread to the States this spring, a number of school districts sent messages to parents warning them of the challenge.

But there’s a twist: not a single suicide (nor any harm whatsoever) has been confirmed to be linked to the challenge. Most of the original reports about the Blue Whale came from Russian news sources or other international tabloids that have been widely discredited. Online fact-checker Snopes has been unable to verify any specific claim related to the challenge or its participants. A 21-year-old Russian man is apparently in custody in St. Petersburg for his role in inciting suicide online, but whether he really started the challenge or was inspired by the international hype is anyone’s guess.

Our colleague Anne Collier over at Net Family News posted a nice summary back in March (which she has since updated). She includes a detailed interview with Georgi Apostolov from Bulgaria’s Safer Internet Centre about the impact of the game (or at least the news surrounding it) in Europe. According to Apostolov: “It is a sensationalist fake started by Russian media back in May 2016 and [which] has been recently resuscitated not without some political aims.” Further, “between October 2016 and last month, there were 232,000 unique uses of known ‘BlueWhale’ hashtags in Russia; Russian social network Vkontakte identified ‘tens of thousands of bots,’ not real people, using those hashtags.”

Collier rightly concluded that this is a good opportunity for parents to talk with their children about media literacy generally and “fake news” in particular. The Internet is rife with information: some good, some bad, but all should be consumed with a critical eye. 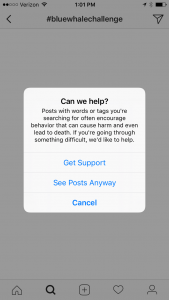 My concern about the sudden captivation in the Blue Whale centers on hackers who will capitalize on interest in the activity to lure curious clickers into compromising their computers and networks. And even though there has yet to be any confirmed suicide directly connected to the game, it could lead to trouble for vulnerable youth looking for attention. A suicide contagion has been well-documented in research and so even just increased discussion of suicide in relation to this game is potentially problematic. Instagram now warns users who search the app for #bluewhalechallenge that they may encounter images that encourage hurtful behavior.

Whether the Blue Whale Challenge/Game/App is true or not is mostly beside the point. There certainly are many pro-suicide websites and individuals or groups online who encourage others to commit suicide. Today it may be a Blue Whale, tomorrow it could be some other high profile provocation. Take this opportunity to talk with your children about what they might encounter online (positive and negative) and foster a relationship with them so that they know they can turn to you if they run into trouble or are feeling down. Frequent and open dialog is the best way to inoculate our kids from the variety of life challenges they are likely to confront, whether perceived or actual, online or off.