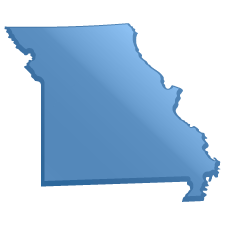 There is no specific sexting law in Missouri as of July, 2022.

2. A person commits the offense of nonconsensual dissemination of private sexual images if he or she:
(1) Intentionally disseminates with the intent to harass, threaten, or coerce an image of another person:
(a) Who is at least eighteen years of age;
(b) Who is identifiable from the image itself or information displayed in connection with the image; and
(c) Who is engaged in a sexual act or whose intimate parts are exposed, in whole or in part;
(2) Obtains the image under circumstances in which a reasonable person would know or understand that the image was to remain private; and
(3) Knows or should have known that the person in the image19did not consent to the dissemination

(1) Photographs, films, videotapes, produces, or otherwise creates an image of another person, without the person’s consent, while the person is in a state of full or partial nudity and is in a place where one would have a reasonable expectation of privacy; or

2. Invasion of privacy is a class A misdemeanor unless:

(1) A person who creates an image in violation of this section distributes the image to another or transmits the image in a manner that allows access to that image via computer;

(2) A person disseminates or permits the dissemination by any means, to another person, of a videotape, photograph, or film obtained in violation of this section;

(3) More than one person is viewed, photographed, filmed or videotaped during the same course of conduct; or

3. Prior findings of guilt shall be pleaded and proven in the same manner required by the provisions of section 558.021.