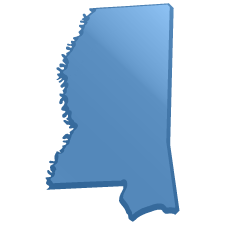 There is no specific sexting law in Mississippi as of July, 2022.

AN ACT TO CRIMINALIZE THE DISCLOSURE WITHOUT CONSENT OF INTIMATE VISUAL MATERIAL; TO DEFINE TERMS; TO PROVIDE PENALTIES FOR THE CRIME; TO ENUMERATE CERTAIN DEFENSES; AND FOR RELATED PURPOSES.

BE IT ENACTED BY THE LEGISLATURE OF THE STATE OF MISSISSIPPI:

SECTION 1.  As used in this section:

(d)  “Simulated” means the explicit depiction of sexual conduct that creates the appearance of actual sexual conduct and during which a person engaging in the conduct exhibits any uncovered portion of the genitals, buttocks or female nipple.

(c)  The disclosure of the visual material causes harm to the depicted person; and

(d)  The disclosure of the visual material reveals the identity of the depicted person in any manner, including through:

(i)  Any accompanying or subsequent information or material related to the visual material; or

(ii)  Information or material provided by a third party in response to the disclosure of the visual material.

(a)  In return for not making the disclosure; or

(b)  In connection with the threatened disclosure.

(3)  A person commits an offense if, knowing the character and content of the visual material, the offender promotes visual material described by subsection (1) of this section on an internet website or other forum for publication that is owned or operated by the offender.

(4)  It is not a defense to prosecution under this section that the depicted person:

(a)  Created or consented to the creation of the visual material; or

(b)  Voluntarily transmitted the visual material to the actor.

(5)  It is an affirmative defense to prosecution under subsection (1) or (3) of this section that:

(a)  The disclosure or promotion is made in the course of:

(i)  Lawful and common practices of law enforcement or medical treatment;

(iii)  A legal proceeding, if the disclosure or promotion is permitted or required by law; or

(b)  The disclosure or promotion consists of visual material depicting in a public or commercial setting only a person’s voluntary exposure of:

(i)  The person’s intimate parts; or

(6)  Where content is provided by another person or entity, nothing in this act shall be construed to impose criminal liability on the following:

(a)  An internet service provider;

(b)  an interactive computer service, as defined in 47 USC Section 230;

(c)  A provider of an electronic communications service, as defined in 18 USC Section 2510;

(7)  (a)  A first offense under this section is a misdemeanor and, upon conviction, shall be punished by imprisonment in the county jail not exceeding six (6) months or by a fine not exceeding One Thousand Dollars ($1,000.00), or both.

(b)  A second or subsequent violation of this section is a felony and, upon conviction, shall be punished by imprisonment not exceeding one (1) year or by a fine not exceeding Two Thousand Dollars ($2,000.00), or both.

(c)  Notwithstanding paragraphs (a) and (b) of this subsection, any offense under this section committed for financial profit shall constitute a felony and, upon conviction, shall be punished by imprisonment not exceeding one (1) year or by fine not exceeding Two Thousand Dollars ($2,000.00), or both.

(8)  A person shall be subject to prosecution in this state for any conduct made unlawful by this section which the person engages in while:

(a)  Either within or outside of this state if, by such conduct, the person commits a violation of this section which involves an individual who resides in this state; or

(b)  Within this state if, by such conduct, the person commits a violation of this section which involves an individual who resides within or outside this state.

As used in Sections 97-5-33 through 97-5-37, the following words and phrases shall have the meanings given to them in this section:

(a) “Child” means any individual who has not attained the age of eighteen (18) years.

(i) Sexual intercourse, including genital-genital, oral-genital, anal-genital, or oral-anal, whether between persons of the same or opposite sex;

(v) Lascivious exhibition of the genitals or pubic area of any person; or

(d) “Visual depiction” includes without limitation developed or undeveloped film and video tape or other visual unaltered reproductions by computer.

(f) “Simulated” means any depicting of the genitals or rectal areas that gives the appearance of sexual conduct or incipient sexual conduct.