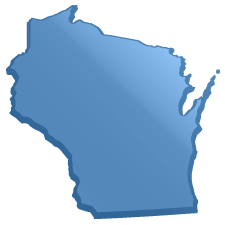 2009 Wisconsin Act 309 (SENATE BILL 154) (https://docs.legis.wisconsin.gov/2009/related/acts/309).  School districts need to adopt bullying policies by August 15, 2010. Department of Public Instruction (DPI) is directed to create a model policy that schools may or may not adopt. Law does not include electronic forms of bullying nor does it refer to off-campus bullying.  The DPI model policy does refer to cyberbullying. Dr. Patchin’s analysis of the law, and 2013 proposed update is available here:

118.46  Policy on bullying.
(1)  By March 1, 2010, the department shall do all of the following:
(a) Develop a model school policy on bullying by pupils. The policy shall include all of the following:
1. A definition of bullying.
2. A prohibition on bullying.
3. A procedure for reporting bullying that allows reports to be made confidentially.
4. A prohibition against a pupil retaliating against another pupil for reporting an incident of bullying.
5. A procedure for investigating reports of bullying. The procedure shall identify the school district employee in each school who is responsible for conducting the investigation and require that the parent or guardian of each pupil involved in a bullying incident be notified.
6. A requirement that school district officials and employees report incidents of bullying and identify the persons to whom the reports must be made.
7. A list of disciplinary alternatives for pupils that engage in bullying or who retaliate against a pupil who reports an incident of bullying.
8. An identification of the school-related events at which the policy applies.
9. An identification of the property owned, leased, or used by the school district on which the policy applies.
10. An identification of the vehicles used for pupil transportation on which the policy applies.
(b) Develop a model education and awareness program on bullying.
(c) Post the model policy under par. (a) and the model program under par. (b) on its Internet site.
(2) By August 15, 2010, each school board shall adopt a policy prohibiting bullying by pupils. The school board may adopt the model policy under sub. (1) (a). The school board shall provide a copy of the policy to any person who requests it. Annually, the school board shall distribute the policy to all pupils enrolled in the school district and to their parents or guardians.
History: 2009 a. 309.

947.0125 Unlawful use of computerized communication systems; Class B misdemeanor; a fine up to $1,000, or impris­onment for up to 90 days, or both for sending electronic threats or using lewd or profane language in electronic communication. (http://www.legis.state.wi.us/statutes/Stat0947.pdf)

Wisconsin also has a criminal defamation statute: “(1) Whoever with intent to defame communicates any defamatory matter to a 3rd person without the consent of the person defamed is guilty of a Class A misdemeanor. (2) Defamatory matter is anything which exposes the other to hatred, contempt, ridicule, degradation or disgrace in society or injury in the other’s business or occupation.” https://docs.legis.wisconsin.gov/statutes/statutes/942/01