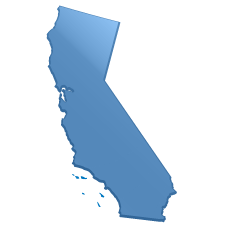 AB1542, “Jordan’s Law” (October 11, 2017). Makes recording a felony an aggravating factor. “the court may consider, as a factor in aggravation, that the defendant willfully recorded a video of the commission of the violent felony with the intent to encourage or facilitate the offense.” https://leginfo.legislature.ca.gov/faces/billNavClient.xhtml?bill_id=201720180AB1542

AB 256, Chapter 700 (October 10, 2013). Clarifies role of school in intervening in bullying cases that originate away from school. “‘Electronic act’ means the creation and transmission originated on or off the schoolsite…” http://leginfo.legislature.ca.gov/faces/billNavClient.xhtml?bill_id=201320140AB256
AB 9 “Seth’s Law” (2011) requires school policy and investigation processes (named after 13 year old Seth Walsh who committed suicide after being harassed about sexual orientation and identity) (http://e-lobbyist.com/gaits/text/354065)
AB 1156 (2011) expanded the definition of bullying and connected it to academic performance. Notes that bullying causes a substantial disruption and detrimental effect on students. Encourages training for school officials. Creates provisions to remove victim from the “unhealthy setting.”
http://www.leginfo.ca.gov/pub/11-12/bill/asm/ab_1151-1200/ab_1156_bill_20110920_enrolled.html
AB 746, signed into law July, 2011. Language of the law includes student behaviors on social networking web sites: “Under existing law, bullying, including bullying committed by means of an electronic act, as defined, is a ground on which suspension or expulsion may be based. This bill would specify that an electronic act for purposes of the act in­cludes a post on a social network Internet Web site.” http://www.leginfo.ca.gov/pub/11-12/bill/asm/ab_0701-0750/ab_746_bill_20110708_chaptered.pdf
SB 719 (Bullying Prevention for School Safety and Crime Reduction Act of 2003); Chapter 828.

2001 Cal. Stats., A.B. 79, Chap. 646 Requires the Department of Education to develop model policies on the prevention of bullying and on conflict resolution, makes the model policies available to school districts and authorizes school dis­tricts to adopt one or both policies for incorporation into the school safety plan.

Cal. Pen. Code § 653.2: “Every person who, with intent to place another person in reasonable fear for his or her safety, or the safety of the other person’s immediate family, by means of an electronic communication device … is guilty of a misdemeanor punishable by up to one year in a county jail, by a fine of not more than one thousand dollars ($1,000), or by both that fine and imprisonment.” http://leginfo.legislature.ca.gov/faces/codes_displaySection.xhtml?lawCode=PEN&sectionNum=653.2